Surprisingly cold winter in Canada and strong cyclone activity in Australia have cut Rio Tinto’s iron ore shipments by 8% in the first quarter of 2014, but a substantial 16% increase in production on the same quarter a year ago placed the company back on track to meet its full-year financial objectives.

“It appears they were hit a little harder than we expected by the weather, though we don’t see any issues in meeting their full-year target,” said RBC Capital Markets analyst, Chris Drew.

According to the article on Reuters, Rio is on track to meet its mining ore target at a rate of 290 million tonnes a year and maintain its 2014 production target of 295 million tonnes, which would keep the company ahead of rivals BHP Billiton and Fortescue Metals Group.

With prices recovering from the 12% dip in March, the iron ore has replaced other precious commodities such as gold, coal and silver on the list of top-earning minerals, delivering a hefty profit margin of over $60 a tonne.

Despite maintaining good fiscal results, Rio Tinto has often been criticized for being overly reliant on iron ore, which accounts for almost half of the company’s 2013 revenue. Rio Tinto Chief Executive Sam Walsh has repeatedly deflected the criticism, saying China will continue to buy all the ore it can mine for years to come.

Last year, Rio put its stake in IOC up for sale but received offers that were way below the mining group’s expectations of about $3.5 to $4 billion. 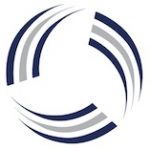 Business & Finance Services AM News - October 19, 2020
NETMOW is a Gold Coast online digital marketing squad with a single-line commitment to enhance your company’s presence online and ranking in the search engines and do better business online.

Health and Medical AM News - October 19, 2020
Australian Custom Pharmaceuticals (Acpharm) is an innovative compounding pharmacy, which is located in Sydney and offers high quality custom compounded medicines to all the Australian residents, who need them to solve various health problems. The products are used to treat versatile health conditions in people and their pets. The company uses advanced technology to formulate and manufacture products, the quality of which will be beyond any doubts. As of today, they have produced over 35 million doses of compounded medicines.