Minister for Natural Resources and Mines, The Honourable Andrew Cripps, has announced that the Newman Government will provide $2.1 million in funding for five priority resource exploration projects that are set to develop new opportunities for Queensland’s resource industry.

The funding is part of Round Two of the Industry Priorities Initiative which is part of the Geological Survey of Queensland’s (GSQ) Future Resources Program.

“More jobs are now being created in Queensland than in any other state and our support for exploration aims to ensure we remain Australia’s biggest job creator. Successful resource exploration leads to mines, creating more jobs for Queensland families and pumping more money into our regions. We have a strong plan for the resources industry and will continue to support exploration opportunities, large and small, so Queensland can again become the nation’s leading economy,” the Minister said in a statement issued last week.

The five projects under round two will include:

• A deep-penetrating aerial electromagnetic survey south of Cloncurry over highly prospective ground for gold and copper in the Mount Isa Eastern Succession;

• A two-year project to provide the mining industry with a series of region-wide calibrated spectral datasets, allowing detection of subtle geochemical signatures of buried mineral systems in North Queensland;

• A two-year study into advanced bulk mining methods to upgrade the economic viability of ore bodies in the Cloncurry region;

• A study to identify possible hydrocarbon source rocks in the Adavale and Georgina Basins to determine the likelihood of petroleum and deep gas discoveries in these little-explored basins of North West Queensland.

“All these projects were identified by the resources industry and the Geological Survey of Queensland as having the highest potential for success,” Mr Cripps said.

“They will acquire important pre-competitive geological and geophysical data that will help mineral and energy-related explorers attract investment and better target exploration opportunities.” 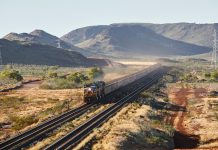 Australian manufacturing contracts for third straight month despite lower $A