The Melbourne-based company issued 32.5 million shares at a price of $0.20/share under the IPO, giving the company a market capitalisation of approximately $22.6 million upon listing.

Titomic worked with CSIRO to develop a technology that applies cold-gas dynamic spraying of titanium or titanium alloy particles onto a scaffold to produce a load-bearing structure.

The technology forms part Titomic’s proprietary Kinetic Fusion process that sprays Titanium metal powder at supersonic speeds and is currently one of the fastest metal additive manufacturing processes in the world.

“The Titomic process is fast – for example, a single Titomic production cell has capacity to manufacture two bicycle frames per hour at a much lower cost and approximately four times faster than a highly-qualified human titanium welder and finisher,” Mr Vafiadis said.

“Our technology holds outstanding potential for commercialisation across various applications and we thank our new and existing shareholders for their support as we aim to bring the technology to a wider market.”

Titomic has the exclusive rights to commercialise CSIRO’s proprietary and patented process and Head of CSIRO’s High Performance Metal Industries Research Program, Dr Leon Prentice, said he was pleased to see the licensee proceed to market.

“We look forward to a continued relationship with Titomic and working with other industry partners to help them transition to advanced manufacturing,” Mr Prentice added.

Titomic is also building one of the largest metal additive manufacturing machines in the world at its manufacturing facility in Melbourne with a 40.5 cubic metres build area.

According to Mr Vafiadis, the machine will enable R&D and prototyping of large scale industrial metal parts for potential use in aerospace, defence, medical, automotive, building, and construction, industrial equipment and marine industries.

“At 40.5 cubic metres build area, Titomic will house one of the world’s largest metal additive manufacturing machines in the world, with a commercial production speeds of up to 45 kg per hour,” Mr Vafiadis concluded.

Self-healing 3D printed plastic can repair itself… using only light 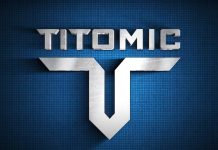