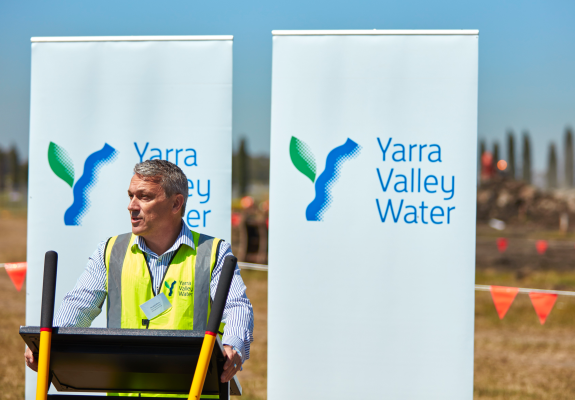 A new, cutting edge recycling facility that will reduce landfill, cut greenhouse emissions and produce enough renewable energy to pay for itself officially opened in Melbourne’s north on Thursday.

Built by Yarra Valley Water, the $27 million Waste to Energy facility in Wollert converts organic waste into renewable energy that is enough to power the adjacent sewage treatment plant and satisfy about 25% of the utility’s overall energy requirements.

Managing Director Pat McCafferty said the purpose-built facility is not just environmentally sustainable but also commercially viable, with the surplus electricity produced at the plant to be fed into to the electricity grid.

“While similar facilities are in place in other parts of the world, a great deal of work was needed to determine whether we could make a facility of this kind a success in the Australian market,” Mr McCafferty noted.

“This project is a great example of our water authorities meeting the challenges of the future, including climate change and population growth – a key objective of our Water for Victoria policy,” the Minister said.

“By generating its own energy, rather than being dependent on purchasing energy, the facility will put downwards pressure on water bills for consumers.”

Australian consumers to have final say on country-of-origin labels