Rio Tinto has told its shareholders to vote in favour of Yancoal’s offer for its wholly-owned subsidiary Coal & Allied (C&A) despite receiving a higher bid from Glencore.

However, Rio Tinto Chief Executive J-S Jacques said the board determined that Yancoal’s bid offered ‘the best value and greater transaction certainty for shareholders’ following the detailed assessment of a number of factors in both proposals.

“Yancoal’s revised offer is the most attractive because it removes the deferred payment structure, can meet the timeline we have set for the transaction, and has given us certainty regarding the outstanding regulatory approvals required,” he said.

“The sale of Coal & Allied will create outstanding value for shareholders and is consistent with our strategy of simplifying our portfolio to ensure the most effective use of our capital”.

In January 2017, Rio Tinto announced it had reached a binding agreement for the sale of C&A Industries to Yancoal.

However, the terms of the Yancoal deal stated that Rio Tinto can engage in negotiations or discussions with a third party if a superior offer arrived.

This paved the way for Glencore to table an offer consisting of $2.55 billion cash plus a coal price-linked royalty, with the cash comprising $2.05 billion payable on completion plus $500 million in aggregate deferred cash payments, payable as annual instalments of $100 million over five years following completion.

Yancoal’s offer, on the other hand, consists of an initial $1.95 billion cash payment, payable at completion plus coal price-linked royalty; and $500 million in aggregate deferred cash payments, payable as annual instalments of $100 million over five years following completion.

Under the UK Listing Rules and ASX Listing Rules, the transaction with Yancoal requires the approval of Rio Tinto shareholders. 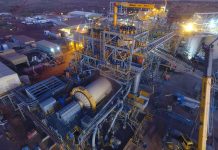 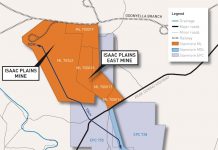