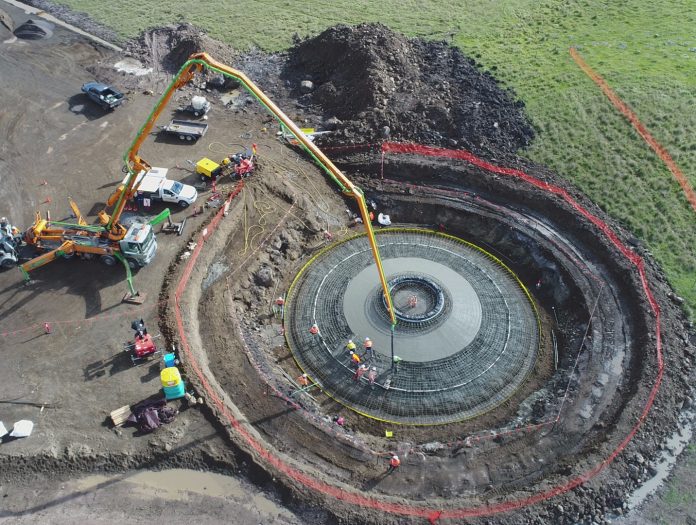 Construction of the Mt Gellibrand wind farm near Colac, Victoria, is going as planned, with the project on target to begin commercial operations in July.

Visiting the site of the new wind farm on Wednesday, Minister for Energy, Environment and Climate Change Lily D’Ambrosio said the 150-strong workforce on site will erect up to three turbines each week until the project is completed in mid-2018.

The 132MW wind farm is being developed by ACCIONA Energy, which was the successful recipient of the Victorian Government’s first round of tenders, as part of the Renewable Certificate Purchasing Initiative.

The farm will have 44 wind turbines, each reaching a height of 150 metres once the 60-metres blades are attached.

ACCIONA Energy Australia Managing Director Brett Wickham expressed his delight at hosting Minister D’Ambrosio, adding that the support from the Victorian State Government had been invaluable in getting the project across the line.

“We were delighted to host Minister D’Ambrosio today,” he said.

“She is a strong advocate for the renewables sector, and it’s great to see that Victoria is powering ahead with its transition to cleaner forms of energy.”