The ACCC has announced that it will not stand in the way of Bayer AG’s proposed acquisition of Monsanto Corporation on the grounds of global divestments.

Last week, the European Commission gave conditional approval to the proposed acquisition, subject to divestiture of major parts of Bayer’s herbicide, traits and seeds business along with a number of research and development functions and projects.

ACCC Commissioner Mick Keogh said the consumer watchdog worked closely with the European Commission, the US Department of Justice and the Canadian Competition Bureau in assessing the deal.

“The ACCC previously had concerns the proposed acquisition may substantially lessen competition in the supply of weed management systems for use on canola crops and reduce competitive tension in research and development of new crop protection products,” Mr Keogh said.

“The global divestments resolve those competition concerns in Australia.”

According to him, the ACCC also closely considered certain issues which were unique to Australia, particularly in relation to cotton seeds.

“A number of interested parties raised concerns about the cancellation of Bayer’s Australian cotton breeding program and the potential foreclosure of rival Australian providers of cotton seed treatments, given the combined Bayer-Monsanto’s control of the Round-Up cotton seed trait,” Mr Keogh continued.

“The ACCC investigated these issues in detail and concluded that there were no significant competition concerns.”

The proposed merger between Bayer and Monsanto was announced on 14 September 2016. 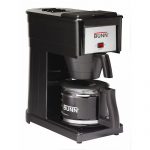 kayleighhiggins27 - April 21, 2015
Are you looking for a coffee brewer that will surely fit your budget? The Bunn A10 8-Cup Pourover Coffee Brewer is here! The Bunn A10...