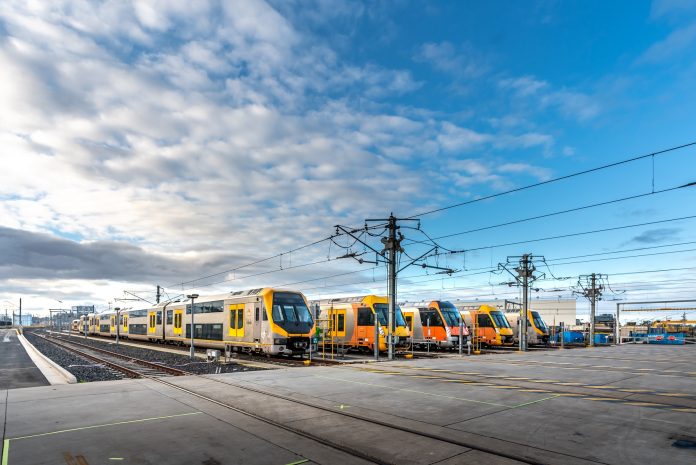 “It’s great to be here at Downer, thanks so much for having us here today in your 120th year of operation and it’s great to meet so many of the workers here who do terrific work servicing the fleet,” Mr Morrison said.

“They service 60 per cent of the fleet here in Sydney and they do absolutely mighty fine work.”

Mr Fenn heaped praise on the thousands of men and women who have worked for the company for more than a century in New South Wales.

“Western Sydney is the birthplace of Australian industry and since the 1880s people at this site have been delivering world class projects, from the first locomotive to WWII aircraft to the new Waratah trains,” Mr Fenn said.

“We are extremely proud of our heritage and the long list of iconic projects in Western Sydney and across New South Wales that we have been involved in.”

“At the old Granville site our people built the northern approach to the Sydney Harbour Bridge and today at the Auburn Maintenance Centre they’re building and maintaining the trains that transport commuters across the Bridge and the Sydney network.”

Downer, which has delivered world-class projects in Australia since the 1880s, employs approximately 56,000 people across a wide range of industries, with more than 7,000 people working at 50 locations across NSW.

The company has a long history of delivering multi-disciplined, integrated transport and infrastructure projects under a variety of contracting models. Its services include design, build, operation and maintenance of rolling stock, depots, signalling, track and station works, roads and bridges.