Monash University materials scientists have helped uncover an important breakthrough in fundamental physics that further paves the way for the development of next-generation flexible, wearable devices powered by ‘spintronics’.

An alternative to electronics, ‘spintronics’ relies on an electron’s spin, rather than their charge. In traditional electronics, devices are powered by the positive and negative flow of an electric charge through silicon semi-conductors, whereas spintronics relies on the magnetic field generated as an electron ‘spins’ on its axis, much like the movement of a spinning top. With quantum-mechanical properties allowing for lower energy use and faster data transfer, spintronic devices have the potential to revolutionise technology design and use into the future.

In collaboration with an international research group led by Cavendish Laboratory at Cambridge University, Monash University’s Department of Materials Science and Engineering Professor Chris McNeill led a breakthrough in the understanding of spin properties in semiconducting materials other than traditionally-used silicon, in particular, semiconducting polymers.

Since silicon is hard and brittle, it cannot be used to conduct electricity through flexible, bendable devices, such as wearable technologies or foldable screens. Semiconducting polymers, in the form of thin bendable plastic, can be used instead, although their semiconducting properties are not as well understood.

“It was also important to determine spin behaviour at room-temperature, as spintronic devices will need to function normally in everyday settings, exactly like your smartphone and laptop does,” said Professor McNeill. “Our findings provide fundamental direction on how to engineer semiconducting polymers to get the best spin performance, and therefore further progress the development of next-generation devices that move beyond the current boundaries of traditional electronics.”

“Since spintronics requires less energy, and allows for faster data transfer, we’ve now laid the groundwork for some exciting new possibilities for researchers to explore at the intersection of technology and physics,” said Professor McNeill. 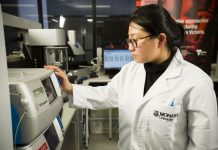 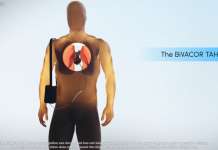