A new business group of CEOs has been announced today by the Australian Industry Group. Members of the newly-formed Australian Advanced Manufacturing Council gathered at the Melbourne offices of the AI Group earlier this afternoon to take part in a meeting and a media conference.

According to a statement from the AI Group, the council, which includes ‘a number of Australian and global iconic manufacturing brands’, is a private sector initiative that will ‘drive industry and policy change to foster Australia’s comparative advantages in advanced manufacturing.’

The Australia-born Liveris has been with Dow since 1976 and has held positions in various areas including manufacturing, engineering, sales and marketing, before being elected as Chairman of the Board effective April 2006.

Liveris is known to be an advocate of the manufacturing industry’s role in the long-term health of a nation’s economy. He has also served as co-chair of US President Obama’s Advanced Manufacturing Partnership in the United States.

Liveris, who is a critic of Australia’s LNG exports, has been lobbying for cheaper gas supplies for Australian manufacturers. The Australian quoted Liveris today as saying he could allocate about $5 billion a year of Dow’s capital expenditure to the country if a new policy framework will be put in place.

“We spend roughly $5bn a year as a company on growth, through R&D and capital expenditures,” Mr Liveris told The Australian and Sky Business. “A lot of that isn’t in Australia. A lot of that is in countries that actually get it, that actually understand how to put innovation-centric policies together and resource value-add policies.

“If Australia started doing that, we would direct some of that here. Frankly, the sky is the limit.”

The formation of the Australian Advanced Manufacturing Council follows the announcement made by Ford last May 23 that it would cease car production in the country by October 2016.

Events & Exhibition AM News - October 18, 2020
Line marking shows directions and guides you when you are at some mall or public space. These markings are useful while playing any sports and while marking the roads. Advance Linemarking is into business since 1985 and is a Melbourne based company providing professional line marking services and solutions to a range of clients including commercial parking owners and operators, developers, property managers, shopping centres, hospitals, hotels, schools and leisure centres. 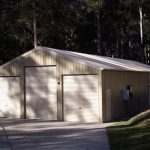 Industrial & Construction AM News - October 18, 2020
Superior Garages and Industrials has a committed team of expert who only delivers quality projects for our clients. Our objective is to understand your needs and requirements. Our solutions are the very suitable and effective that will meet your requirements. We have full knowledge about garages, carports, and sheds in Sunshine Coast. Visit our website to know more!

AM News - October 19, 2020
All Care Asbestos Removal based near to Frankston, providing qualified and licensed professionals for asbestos removal and testing services throughout Melbourne and Mornington Peninsula to both residential and commercial properties.