A $30 million, three-stage dairy conversion project being conducted by Agrilac was launched in Tasmania’s North East over the weekend.

According to a media release, Minister for Primary Industries and Water Bryan Green says the project will be a boost to the region and build on Tasmania’s strengths in the manufacturing of dairy products.

“This investment is already creating jobs and will continue to do so in the conversion and operational phases, combining world-leading innovation and high-quality land,” says Mr. Green.

The first stage of the project is called Oxberry Dairy, which will be part of a 655ha dairy farm running 2,700 cows.

In a related article on The Examiner, Agrilac director Nic van den Bosch said the project is based on a high-performance sustainable dairy production model and would be managed by Bryan and Bethan Moore, farmers who resettled from New Zealand.

According to The Examiner, Agrilac had applied for the assistance from the Tasmanian Forest Intergovernmental Agreement in order to push through with the development of the next two dairy conversions.

In June, Tasmanian Premier Lara Giddings launched a grants program that would support the further expansion of the State’s dairy industry and help generate 550 on-farm jobs.

“The Tasmanian Government is excited by the jobs and opportunities that are being created in the dairy industry, supported by our landmark investment in irrigation,” Ms. Giddings said.

“Much of the demand is being driven by Asia, which is increasingly placing a premium on high quality, safe food, particularly milk products.”

Ms. Giddings has identified dairy as a priority sector in the Economic Development Plan, with significant potential for expansion.

Meanwhile Minister Green says the Tasmanian Government sees the strengths of the state’s agricultural sector which is the reason why they continue to invest in projects that support dairying.

“Dairy is a key sector of the State’s economy, worth more than $600 million a year, with milk production growth outstripping that in other states.”

“I commend Agrilac for its willingness and confidence to diversify and invest in North-East Tasmania – I am confident this project will help the region continue to fully utilise its many competitive advantages producing high quality food well into the future,” Mr. Green said. 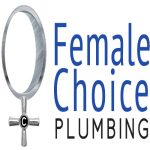 fcpperth - February 17, 2015
Do you need help from our Female Choice Plumber Perth Team? Is one of the drains in your place clogged? Have you already grabbed...