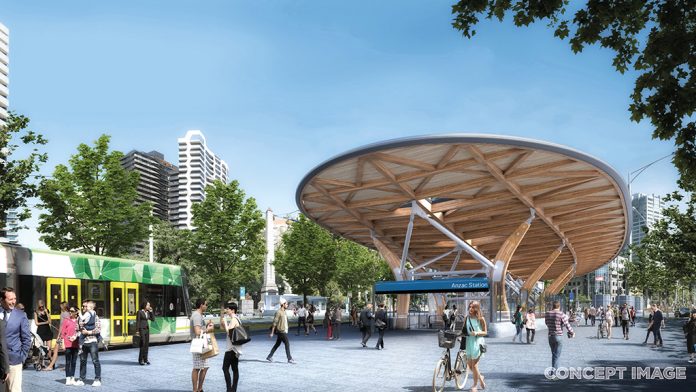 Construction is now well underway on the Metro Tunnel’s Anzac Station in Melbourne which is expected to significantly improve access to the employment hub around St Kilda Road, with travel time savings of up to 25 minutes for passengers on the Cranbourne and Pakenham lines.

An acoustic shed will be built over the northern section of the site to minimise noise and dust, with the area to also serve as the launching site for the tunnel boring machines that will head towards the eastern tunnel entrance.

Major work is also underway across the Metro Tunnel sites, with the April construction blitz allowing significant progress to be made on this and other projects.

Demolition of the William Street bridge at South Yarra was also completed last Wednesday as part of initial work to construct the Metro Tunnel’s eastern entrance.  Workers are now installing 68 concrete piles to provide structural support for the realignment of the tracks, plus construction of the roof slab for the entrance.

Meanwhile, the Level Crossing Removal Project has been forging ahead with work during the blitz. Workers on the Frankston Line have prepared signalling equipment and utilities for the Carrum level crossing removal.

Premier Daniel Andrews, who visited the site on Tuesday alongside Minister for Transport Infrastructure Jacinta Allan, said the station will serve thousands of people destined for the employment and residential precinct along St Kilda Road every day, and support the continuing growth and redevelopment of the South Melbourne / Kings Way precinct.

“The Metro Tunnel is taking shape across the city, so we can run more trains to the suburbs, more often,” the Premier said.

“Right now, there are thousands of Victorians hard at work building a better transport network, to get people home safer and sooner – wherever they live.”

“The Metro Tunnel will create 7,000 jobs during construction and slash travel times – getting Victorians where they need to go faster.”

“This is the biggest build Victoria has ever seen – delivering real road and rail projects that will transform our city and state.” 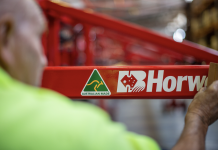 How leaders in the AEC industry can drive digital transformation