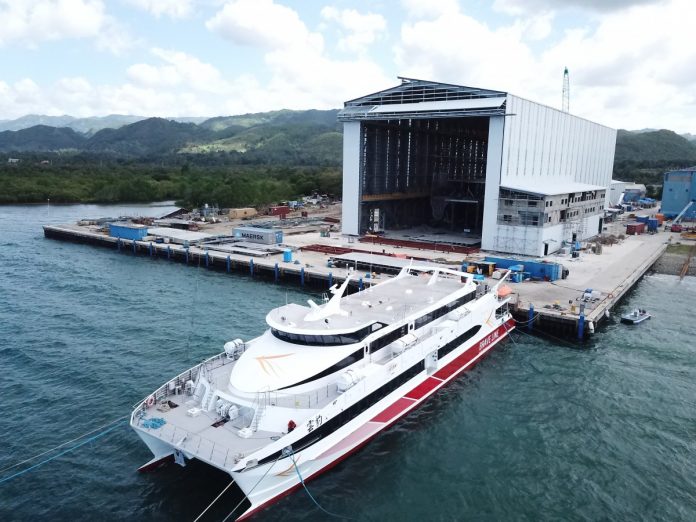 Austal has announced the delivery of the second of two, 50 metre high-speed catamarans to Brave Line under a contract awarded by the Taiwanese enterprise in September 2017.

Austal, which delivered the first vessel in mid-March 2019, said both catamarans feature a hull form optimised for improved fuel efficiency and passenger comfort and are capable of carrying 550 passengers.

Both ships were built at the company’s recently upgraded Philippines shipyard in Balamban which employs more than 800 highly skilled local workers in a broad range of professional, technical and trade roles.

“Since its establishment in 2011, construction capacity at our Philippines shipyard has trebled and now employs more than 800 highly skilled local employees in a broad range of professional, technical and trade roles,” Mr Singleton continued.

“This shipyard is currently manufacturing the next generation, technologically advanced 109 metre high speed catamaran for Fjord Line of Norway, and a 118 metre trimaran for Fred. Olsen S.A’s operations in the Canary Islands.

“There has been considerable interest from other customers based on the high quality and performance of the two vessels for Brave Line. We expect more orders of this platform in the future.”