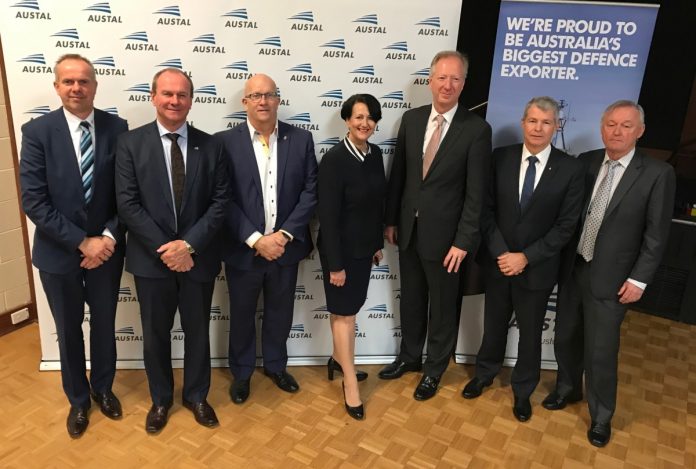 Austal has opened a new office in Adelaide to support the design and production for the $3 billion Offshore Patrol Vessel (OPV) program, which will see 12 vessels constructed for the Royal Australian Navy from 2018.

Commenting on the move, the company’s CEO David Singleton said it was only fitting for Australia’s largest defence exporter to establish a presence in the country’s largest naval shipbuilding hub.

“We are increasing our presence in Adelaide to contribute to the Government sovereign shipbuilding commitment, something that will see Australia able to design, build and export a whole range of naval vessels,” Mr Singleton said.

“As the only Australian shipbuilder to export defence vessels we are committed to ensuring the Naval Shipbuilding Plan is achievable.”

The official opening ceremony of Austal’s Adelaide office was attended by Defence Industry Minister Martin Hamilton-Smith, SA Senator David Fawcett, and several locally based Small to Medium Enterprises (SMEs) that are already a part of Austal’s 1000 plus Australian supply chain.

Mr Singleton said the Austal/Fassmer joint venture partnership was the only logical choice for the OPV project given their track record of exports from Australia and concrete plans to sell internationally.

“Our collaboration with our design partner Fassmer for the OPV project is not only about building for the Royal Australian Navy, but to export the vessel around the world,” he continued.

“Our joint venture will deliver a complete transfer of intellectual property to Australia relating to the OPV 80 design, a process that will be initiated in Adelaide. This will not only deliver jobs, but crucial skills and know-how to Australian shipbuilding.”

According to the company, the Austal/Fassmer Adelaide office will also support the Austal/ASC Frigate teaming agreement.