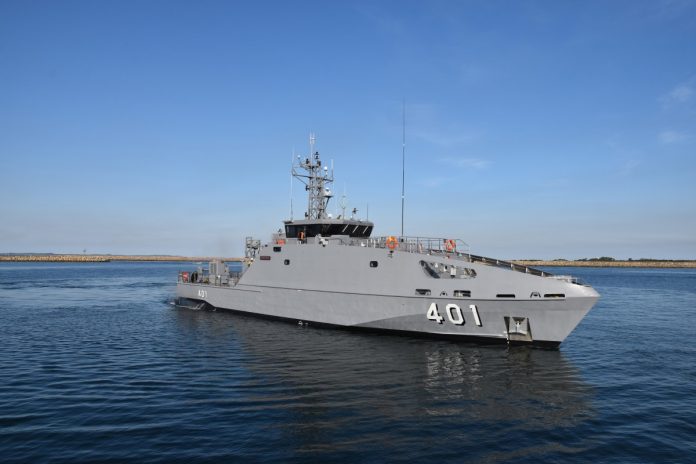 Austal has successfully delivered the sixth Guardian–class Patrol Boat (GCPB) to the Australian Department of Defence.

Dubbed the RFNS Savenaca, the vessel has beenn gifted to the Government of Fiji during a handover ceremony at Austal Australia’s Henderson shipyard.

“Now in the third year of production, the Pacific Patrol Boat Replacement Project has really hit its stride, with this sixth Guardian-class Patrol Boat benefiting from a number of innovative production processes that have reduced production time, while maintaining quality,” Mr Singleton said.

“Our warmest congratulations go to Prime Minister Bainimarama, the Commander of the Republic of Fiji Military Forces, Rear Admiral Viliame Naupoto and the Chief of Navy Captain Humphrey Tawake on the handover of this impressive new ship, the RFNS Savenaca.”