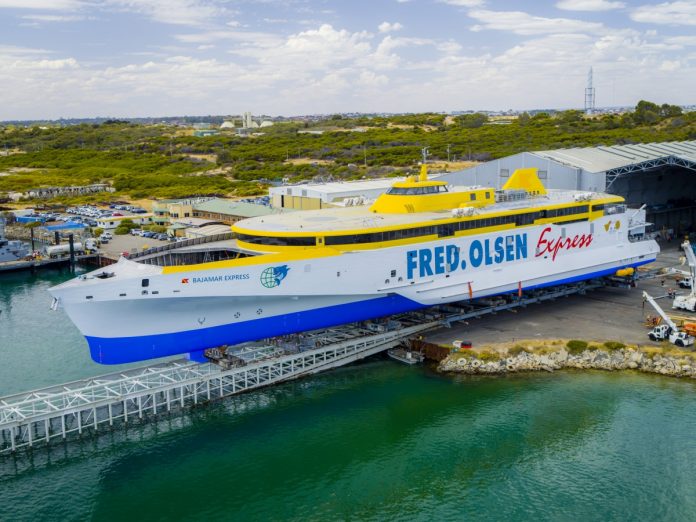 Bajamar Express (Hull 394) is a 118-metre aluminium trimaran, capable of transporting more than 1,100 passengers and 276 cars at speeds up to 38 knots.

The vessel, which was launched at the company’s Henderson shipyard in WA, is currently in the final stages of fit out and is scheduled for delivery in the 2nd trimester of 2020.

“Austal developed the world’s first and largest high-speed passenger trimaran ferry, the Benchijigua Express, here in Henderson Western Australia and it is with great pride that we now launch the latest evolution of that highly successful, proven design,” Mr Singleton continued.

”This latest trimaran will provide Fred. Olsen Express with class-leading seakeeping, improved fuel economy and greater passenger comfort that builds upon the unrivalled reputation of the iconic Benchijigua Express.”

Ansell Ltd. ready to conquer the US market