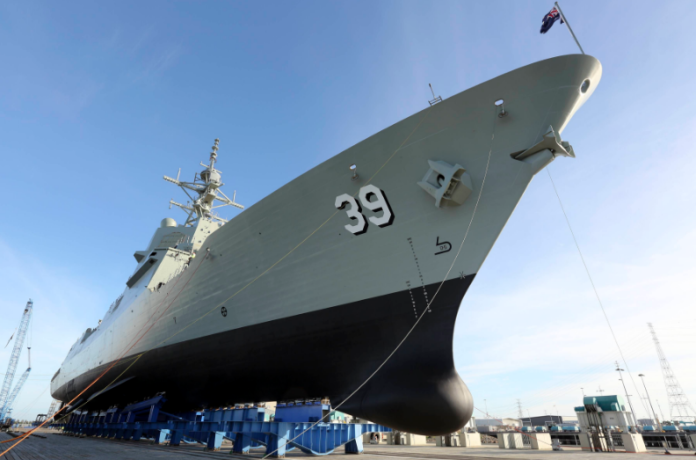 The Federal Government has accepted delivery of the Hobart, the first of three destroyers being built and integrated by the AWD Alliance which comprises the Department of Defence, Raytheon Australia and ASC with support from Navantia.

The provisional acceptance of the Hobart took place at the Osborne Naval Shipyard in South Australia at a special ceremony attended by Defence Industry Minister, the Hon Christopher Pyne.

“The acceptance of this first of class ship is a further demonstration of the success of the Government-led reform initiative, with the program meeting all budget and schedule targets, Hobart will enter into service later this year,” Minister Pyne said.

“Hobart will play a critical role for Defence by providing new interoperable capabilities for the Royal Australian Navy. By using a combination of US and Australian technologies, these ships will allow us to work even closer with our allies.”

AWD Alliance General Manager Paul Evans thanked the 5,000-strong workforce who has worked on the AWD program over the past decade.

“Ten years ago, the AWD Alliance was formed to undertake the complex task of designing, constructing, integrating and testing a new class of warships for Australia,” he said.

“Along the way, we have created an entire workforce of highly skilled Australian shipbuilders, program managers and systems integrators.”

In the coming months, Hobart will transit from Adelaide to Sydney and will enter service with the Royal Australian Navy (RAN) later this year.

Its two sister ships – the Brisbane and the Sydney – are expected to be handed over to the RAN in 2018 and 2020 respectively.

Boost for businesses targeting innovation in the mining sector