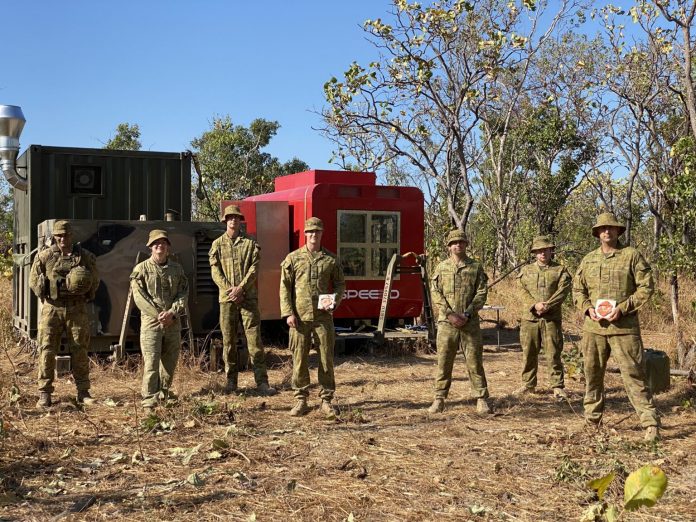 The Australian Army has extended its industry partnership with Australian manufacturer SPEE3D to trial the company’s technology for a further 12 months.

Steven Camilleri, CTO of SPEE3D, said the company would collaborate with Australian Army’s 1st Combat Service Support Battalion with a view to develop new systems that have the potential to significantly increase the readily available inventory of unique metal repair parts.

“We’re really excited about this new step in our partnership with the Australian Army,” Mr Camilleri said.

“Last year, in the trials, our technology proved the potential to complement Defence’s existing supply chain with the ability to easily replace damaged parts by manufacturing their own.

“SPEE3D is pleased to have been selected to partner with the Army again in further developing the future capability of Defence in Australia.”

Last year, the Australian Army announced a $1.5 million investment into a 12-month pilot of SPEE3D technology, followed by the training of soldiers in 3D printing and two trials of SPEE3D’s large-format WarpSPEE3D metal 3D printer, both installed on-base and deployed in the field for multiple Army exercises.

The pilot project aimed to determine the applicability of this leading-edge technology to military forces.

SPEE3D said the trials found that the technology has the potential to revolutionise how parts are sourced in remote areas.

“The 2020 trials delivered ground-breaking results, where Royal Australian Electrical and Mechanical Engineering soldiers from the 1st Brigade designed and manufactured over 50 case studies of parts,” it said in a statement.

“This success demonstrated the technology’s ability to operate in remote, harsh environments, while offering Defence an option for a deployable reliable manufacturing tool able to print low-cost metal parts on demand in just minutes.

New Swinburne hub co-creating the medical technologies of the future