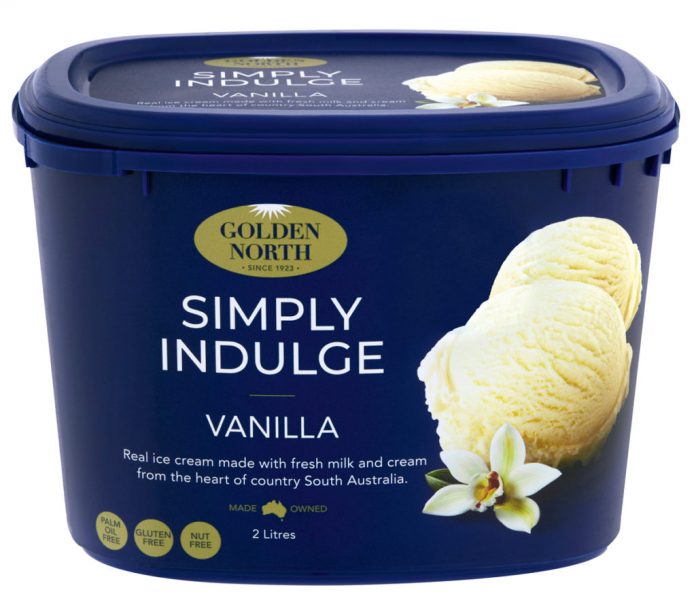 The premium ice cream manufacturer from South Australia’s Mid North region began exporting to China in 2015 where it still sends about four containers a year.

Golden North marketing and export director Trevor Pomery said it was hoped that the exports to Vietnam would reach a container a month – triple the Chinese sales – within a year.

He said the deal with the supermarket chain MM Mega Market had been 14 months in the making and began at a trade show in Singapore in May 2018.

“We’ve sent a little bit to Malaysia, Cambodia, Papua New Guinea, Solomon Islands and Nauru but they are all relatively small.

“It’s going into Ho Chi Minh City and then the customer has a number of outlets all over Vietnam. This particular customer has retail outlets in a number of countries so if we go well in Vietnam we might get into a couple of other places as well – that’s the hope.”

The privately owned and operated ice cream manufacturer was established in 1923 at Laura, about 200km north of Adelaide, where it still produces a range of ice cream flavours that are palm oil, nut and gluten free.

Its growing sales are approaching 14 million litres of ice cream a year with vanilla its most popular flavour followed by honey and boysenberry.

Golden North products are now available in selected IGA and Supa IGA stores in New South Wales, Victoria, Queensland and Western Australia. They can also still be bought in all South Australian and NT supermarkets.

It came out on top in the categories of taste, consistency, variety and overall satisfaction following an independent customer survey by Canstar Blue of more than 1300 consumers nationally.

Pomery said he was fielding inquiries from a number of other potential Asian customers he met at a trade show in Hong Kong in May this year, which could also take several months to materialise

“Australia has a very good reputation as being a clean, green food producer so all those who have gone before use to establish that position really do help,” he said.

“But we’ve just won that Canstar award again so when the products launch in Vietnam they will have signage in the stores saying Australia’s favourite ice cream two years in a row and as an introduction – if you’ve never seen the brand before – that’s a very good reason to give it a try.

“We’ll do some sampling in store up there as well because you’ve got to get them to try it so then they can make their own decision and we think our product will stand on its own two feet once they taste it.”

A version of this story first appeared in The Lead South Australia. Source: http://theleadsouthaustralia.com.au/industries/manufacturing/australian-ice-cream-company-begins-vietnam-exports/

Secos to open global research centre for bioproducts in Australia