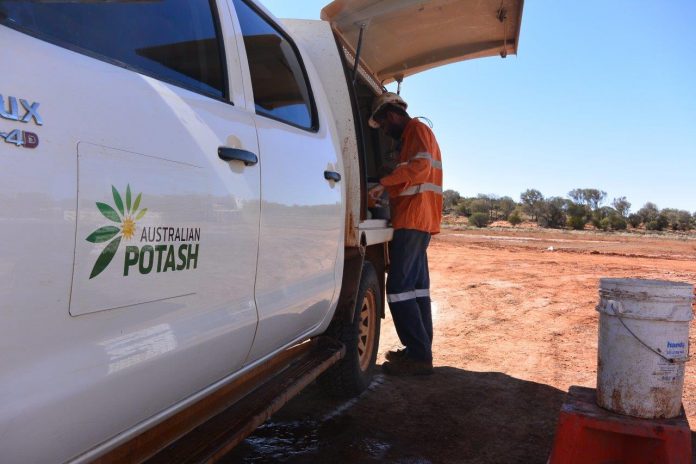 Minerals exploration company Australian Potash Limited (APC) has inked an offtake agreement with Germany’s HELM for the supply of 30,000 tonnes per annum of premium sulphate of potash from the Lake Wells Sulphate of Potash Project (LSPO).

Under the agreement, APC’s flagship Lake Wells product, called the K-Brite, will be distributed into the lucrative and expanding European fertiliser market through HELM’s dominant brand and market leading position.

Managing Director and CEO, Matt Shackleton, said he was pleased to announce the signing of the fourth binding term sheet in the Offtake Program with tier 1 partner HELM.

“HELM’s clear strategic direction is to expand their value in brand across the world’s major fertilizer markets, and the marketing and distributorship of SOP forms an integral piece in their offering,” Mr Shackleton said.

“It is enormously gratifying that APC’s K-BriteTM brand will be central to that program on the European continent.”

He said that more than 85% of the LSOP’s projected output is now under contracted sale.

“This quarter will be a very active period for the Company and we look forward to providing updates presently on the development of the Lake Wells SOP project,” Mr Shackleton concluded.

The LSOP, which is located about 500kms northeast of Kalgoorlie, in WA’s Eastern Goldfields, has an estimated mine life of mine life of 30 years and is expected to produce some 150,000tpa of premium grade SOP annually.