A superconductor is a material that can conduct electricity or transport electrons from one atom to another with no resistance which means that no heat, sound or any other form of energy would be released from the material when it has reached “critical temperature”, or the temperature at which the material becomes superconductive.

Aside from being heavy and very difficult to transport, wind turbines cost about $15 million each to construct. They also require a lot of maintenance because they’re run using a complex, heavy, and costly piece of machinery called a gear box.

Researchers from the Institute for Superconducting and Electronic Materials at the University of Wollongong in New South Wales have developed new low-maintenance turbines that will weigh 40% less than current turbines just by taking away the gear box.

“In our design there is no gear box, which right away reduces the size and weight by 40 percent,” said lead researcher and materials scientist Shahriar Hossain in a media release.

“We are developing a magnesium diboride superconducting coil to replace the gear box. This will capture the wind energy and convert it into electricity without any power loss, and will reduce manufacturing and maintenance costs by two thirds.”

The new superconductor-powered wind turbines could be installed off the coast of Australia within the next five years in order to take advantage of the country’s 35,000 km of coastline, which offers up some of the best wind resources in the world.

The team estimates that their superconductor wind turbines will cost just $3–5 million each to build, because by next year, the magnesium diboride coil will cost just $1 per metre to manufacture.

According to Dr Hossain, Australia needs to begin investing in renewable energy if it wants to achieve its target of an 80% reduction in greenhouse gas emissions by 2050.

“Australia desperately needs sustainable energy sources. Wind is cheap, clean and we can get it on rainy and sunny days,” he said.

“And considering Australia has more than 35,000 km of coastline, there is ample room for offshore wind farms. With industry support, we could install superconducting offshore wind turbines off the coast of Australia in five years, no problem.” 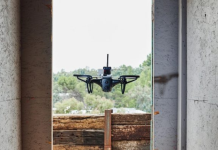