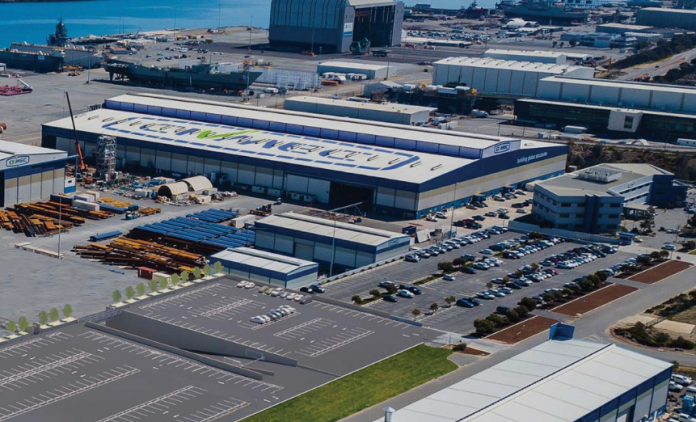 Civmec has announced the signing of several new contracts worth around $120 million across a variety of operating sectors.

A car dumper replacement project at Nelson Point, a subsea project on Woodside’s Scarborough Project, a capital improvements project at Roy Hill, and a term maintenance contract at Roy Hill are among the new contracts announced this week.

The Car Dumper Replacement contract was awarded to Civmec by BHP for the replacement of BHP’s Car Dumper 3 (CD3) at the company’s Nelson Point facility in Port Hedland, which was commissioned in 1998.

Civmec said the new CD3 has a 30-year design life and is intended to fit in the existing concrete vault with minimal structural modifications.

“Procurement activities for this project have commenced, with fabrication commencing in Q1 FY2023 and completion of fabrication in Q4 FY2023,” reads the statement.

“At peak, this contract will employ approximately 85 people.”

Further, Subsea 7 has awarded the contract for subsea structures on the Woodside-operated Scarborough Project performed by Subsea Integration Alliance, a nonincorporated strategic global alliance between Subsea 7 and OneSubsea, the subsea technologies, production, and processing systems division of Schlumberger.

Totalling over 1,700 tonnes of subsea structures, the project deliverables, welding procedure qualification campaign and shop detailing will commence immediately with fabrication commencing late 2022. The project is expected to employ 80 people at peak.

In addition, Roy Hill – one of Civmec’s long-term customers – have awarded the SMP&E (Structural Mechanical Piping and Electrical) Works for the ROM4 Crusher 5 project at Roy Hill’s Mine Facility, which is located 115 km north of Newman, Western Australia.

“This is a follow on from the current SMP&E contract for the Wet High Intensity Magnetite Separator (WHIMS) project which is nearing completion and will see the same project management team transitioning to the ROM4 project,” it says in the statement.

“The scope includes SMP&E plus communications works for the Crushing Station 5 and Transfer Conveyor including installation of client supplied modules and equipment. Mobilisation will commence in Q4 FY2022 with completion in Q2 FY2023 with peak manning planned to be approximately 130.”

According to Civmec, Roy Hill has also extended the company’s Roy Hill – Shutdown and Maintenance Support Services Agreement by an additional 5 years through to March 2027.

Commenting on these contracts, Civmec CEO Pat Tallon said, “These new contracts demonstrate the Company’s track record of delivering for its clients. We are very pleased to secure this work and are committed to maintaining our long-standing client relationships.