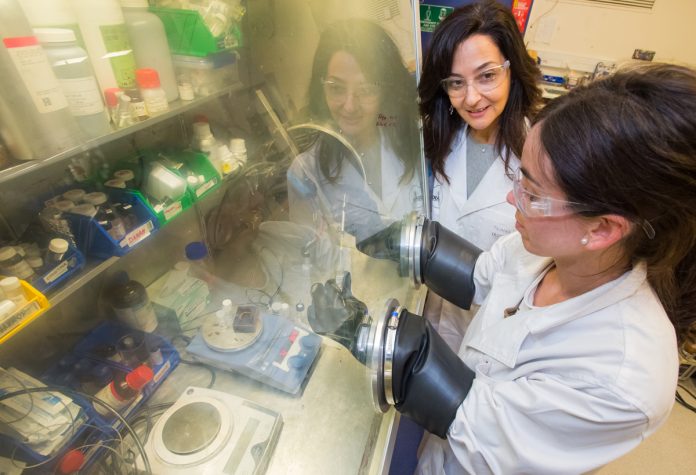 A combined effort from scientists at Deakin University and their peers from Spain’s Tecnalia research and innovation hub has resulted in improvement in the process for recovering rare earth metals (REMs), which are essential in mobile phones and other modern technologies such as hybrid-electric cars.

REMs – which include elements such as cerium, praseodymium, neodymium, and lanthanum – are a key component of many modern technologies, including hard disk drives, clean technologies such as wind power turbines, and batteries for hybrid-electric vehicles.

Consumption of REMs has been gradually increasing since the 1960s due to their use in electronics, optics, and magnetics, creating pressure on global supply chains.

Project leader, Dr Pozo-Gonzalo said these concerns are compounded by the fact that almost 85% of the world’s REM primary resources are in China, whose government has restricted exports for periods of time in the recent past, endangering availability and price stability.

“There’s growing concern that future access to these materials won’t be reliable, leading to them being targeted for reclamation and recycling,” Dr Pozo-Gonzalo said.

“The primary extraction and processing methods for REMs are also energy-intensive processes that lead to the excessive generation of toxic and radioactive waste. We need a real alternative.”

She said the improved and simplified process for recovering REMs significantly reduces the huge amounts of toxic and radioactive waste generated by current extraction methods.

“After separating the metals from their end-of-life product, our team uses advanced electrolytes known as ionic liquids (liquid salt-based systems) to recover the rare earth metals from the resulting solution using a process of electrodeposition – when you use a low electric current to cause metals to reform and deposit on a desired surface,” Dr Pozo-Gonzalo explained.

“This new method for recovering REMs has great potential and minimises the generation of toxic and harmful waste. We are also aiming for a method that can easily be implemented widely across the world.”

“The efficient recovery of REMs from recycled materials is becoming increasingly important, given that only about 3 to 7 per cent of REMs are currently recovered from end-products because of technological difficulties,” she continued.

“Our work addresses a key knowledge gap in the REM recycling process, and is an important early step towards establishing a clean and sustainable processing route for REMs and alleviating the current pressures on these critical elements.” 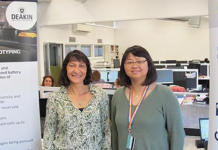