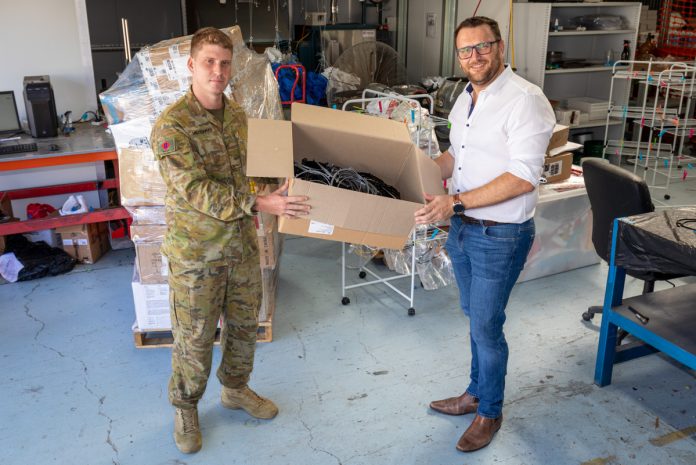 The Australian Army has teamed up with design technology company, 3D One Australia, to rapidly produce 400 face shields for frontline healthcare workers.

The Brisbane-based company used Army’s 3D printers from the 20th Regiment of the Royal Australian Artillery (20 RAA) to produce the face shields for medical staff in Brisbane.

Defence Minister Linda Reynolds said the Regiment produced the headband component of the face shield, while 3D One Australia completed the manufacture and sanitisation to Therapeutic Goods Administration (TGA) standards, and distributed the face shields to medical agencies as needed.

“This initiative is not only boosting the supply of face shields in Queensland and expanding industry capability, but also demonstrates how Defence can readily adopt and adapt new technologies.”

“The Army is an agile force and our 20th Regiment has a strong presence in the local Brisbane community,” Major Chapman said.