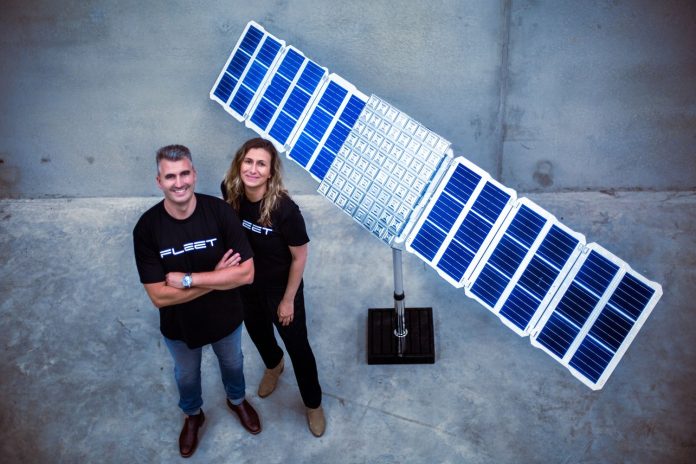 Fleet Space said the new constellation of satellites, which will work in harmony with its existing Centauri constellation, represents a fundamental shift for the company going forward.

She said the startup’s specialized research and development arm has been extended to construct the Alpha small satellite, thanks to a recent $26.4 million (USD) Series B investment.

“It is Fleet Space’s vision that everyone, everywhere, has access to unlimited connectivity, no matter where they are on the globe, in cities, remote regions, on land or navigating the oceans,” Ms Nardini noted.

“Our recent Series B investment empowered us to realise this vision by embarking on a bold new strategy.

“This new chapter in our story is led by the development of a new constellation of satellites named Alpha, which will work in harmony with our existing Centauri constellation. Alpha represents a major step forward and the first time a satellite has been created entirely through 3D-printing.

“By bringing together the creation, deployment and service of space technology this is a clear statement of our intent to become a global leader in space technology, and to support Australia’s ambition to lead this critical field.”

The Centauri constellation is now one of the most modern space communication systems in the world. Like Alpha, Fleet Space’s newest Centauri 4 small satellite, developed in partnership with Tyvak, is equipped with the company’s groundbreaking smallsat digital beamforming technology, which employs an array of numerous 3D printed all-metal antennas as well as cutting-edge Digital Signal Processing (DSP).

This beamforming technique increases the flow of client IoT data and allows for the simultaneous service of a higher number of customer terminals. It does this by generating a high number of highly-directional low-interfering beams in point-to-point satellite communications.

“Integrating this digital beamforming into a Low Orbit Satellite, not much larger than a half a square meter, is a world first,” Ms Nardini concluded.