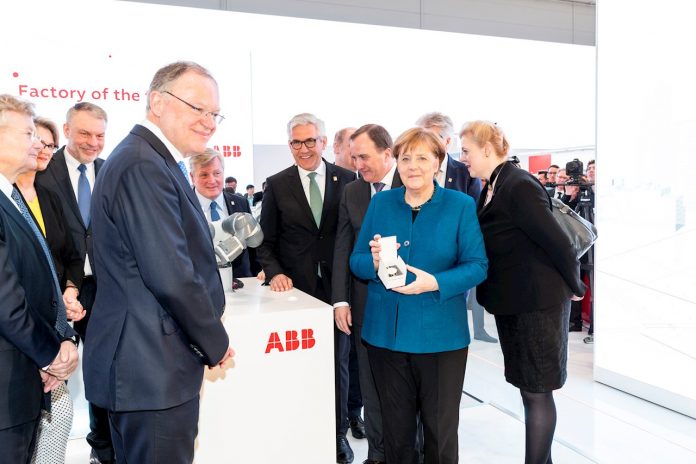 ABB CEO Ulrich Spiesshofer has given German Chancellor Angela Merkel and the Swedish Prime Minister Stefan Löfven a glimpse into the factory of the future at this year’s Hannover Messe, one of the most important trade fairs in the world.

Chancellor Merkel and PM Löfven were able to witness firsthand how a production cell would work in the factory of the future, where robots will collaborate with humans.

Mr Ulrich said ABB is showing how increasingly smart digital technologies are coming together to transform the way we power, produce, work, live and move.

“The future of production will be smarter, more flexible and closer to the customer,” Mr noted.

“We bring together electrification, automation, robotics and digitalization to create solutions for tomorrow. Even today, ABB is uniquely combining human and machine with its robotic and automation solutions to open up new opportunities.”