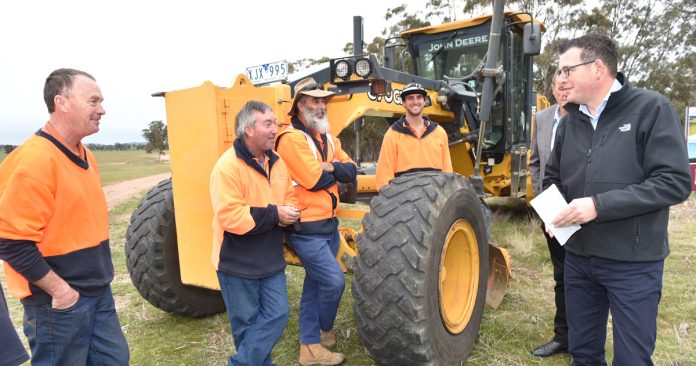 Victorian horticulture company Nectar Farms will kick-start a major expansion of its business at Stawell that also involves the construction of the 196MW Bulgana wind farm and a 20MW lithium-ion battery energy storage system.

Premier Daniel Andrews yesterday announced that a Memorandum of Understanding (MOU) has now been formalised for the $565 million project, saying it will make Stawell Nectar Farms the world’s first ever protected crop farm completely powered by renewable energy.

“It’s great for jobs, great for our environment and great for Victoria,” the Premier added.

Nectar Farms is currently undertaking Stage 1 of the project, which will use the latest in hydroponic glasshouse and plant technology to create a 10 hectare state-of-the-art facility that will supply the highest quality vegetables into domestic and international markets.

The company is now looking to commence work on Stage 2 of their expansion plans, which will develop a further 30 hectares creating 250 ongoing jobs and 300 direct and indirect construction jobs.

The expansion project will be powered by the 56 turbine, $350 million Bulgana wind farm which is expected to create another 800 direct and indirect jobs during construction, with a further 19 ongoing once built.

“It’s an exciting proposal that shows how renewable energy can unlock opportunities for large, energy intensive businesses, to create jobs and build a better future for regional communities,” she said.

“We’re delivering affordable, secure and clean energy, which is powering new jobs right across our state.”

Time for manufacturing to come home