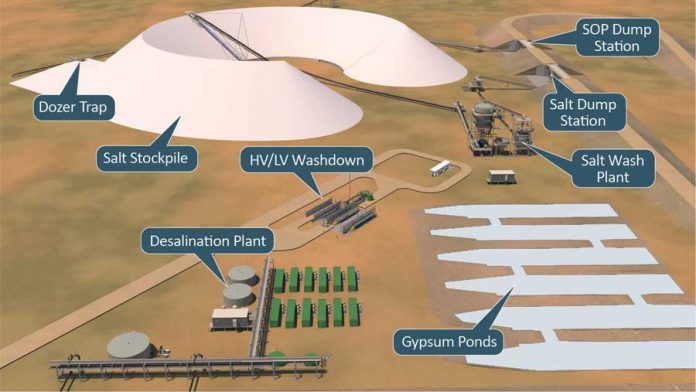 The Federal Government has granted a Major Project Status to a mineral processing facility in Western Australia that will create hundreds of jobs in the the Karratha, Dampier and Onslow communities.

Located some 100km south-west of Karratha, BCI Minerals’ Mardie Salt and Potash Project is expected to produce more than 4 million tonnes of high purity salt and 100,000 tonnes of potash fertiliser a year.

“The Morrison Government is pleased to support this project which has the potential to expand Australia’s vital chemical and agriculture industries,” Minister Andrews said.

“Not only will the development create about 450 jobs during construction and 200 jobs over its operating life, it will also support critical supply chains and deliver exciting export opportunities.

“Potash, for example, is essential for many of our farmers but currently it has to be imported, making our agriculture sector susceptible to supply chain disruptions like we’ve experienced with COVID-19.”

BCI’s Managing Director Alwyn Vorster has welcomed the Government’s announcement that  Mardie has been granted a Major Project Status.

“Mardie is a Tier 1 project that can deliver significant stakeholder benefits to Australia and the Pilbara region over many decades. The Australian Government’s support will make a meaningful contribution to ensuring this can occur,” Mr Vorster said.

Exports from the facility will be carried out via a new transhipment port – adjacent to the Mardie Project – that will also be available to others, potentially unlocking further deposits of iron ore and other minerals in the region.

US military grounds all F-35 jets after runway fire