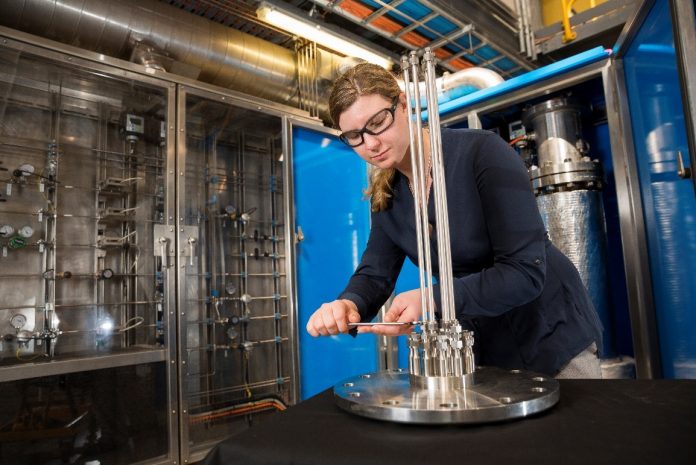 Speaking at the seminar – which was also attended by cutting-edge researchers from Tokyo University – Minister for State Development, Manufacturing, Infrastructure and Planning, Cameron Dick said Queensland is committed to becoming ‘a hydrogen exporter of choice for the world’, particularly renewable hydrogen.

“Queensland is entering a new era of innovation-led partnerships with Japan to grow and develop a successful hydrogen industry,” Mr Dick said.

“Our plan is to maximise our renewable resources and further diversify our economy to create more jobs for Queenslanders. Australia and Japan have a long and enduring trade relationship, and through our hydrogen industry we’re looking to build on this further. This commitment is reinforced by the Palaszczuk Government’s $19 million Queensland Hydrogen Industry Strategy 2019-2024.”

Mr Dick also welcomed the re-signing of the Memorandum of Understanding on Comprehensive Strategic Partnership (MOU) between Queensland and JOGMEC to include hydrogen.

“Together JOGMEC and the Queensland Government will continue to collaborate and identify new opportunities for the development of Queensland’s hydrogen industry,” he said.

“The re-signing of the MOU by the Premier is a significant step on this hydrogen journey with our overseas partners.”

JOGMEC President Tomonoubu Uchida said it was ‘a great honour’ to be collaborating with Queensland on hydrogen – a new industry for JOGMEC.

“Traditionally we have supported coal, oil, gas, and strategic metals projects, so we’re very excited to be working with the state of Queensland to jointly support renewable hydrogen opportunities,” Mr Uchida noted.

During his visit in Japan, Mr Dick also signed a Statement of Intent with the University of Tokyo’s Research Center for Advanced Science and Technology.

“The Queensland Government acknowledges and respects that the University of Tokyo, one of Japan’s most prestigious universities, is at the forefront of hydrogen research,” he continued.

“Signing this Statement of Intent will further solidify our commitment to developing a hydrogen industry in Queensland, with a view to providing a reliable and sustainable supply of renewable hydrogen to Japan.”

TCF Small Business Programme- Round 9 grants up for grabs