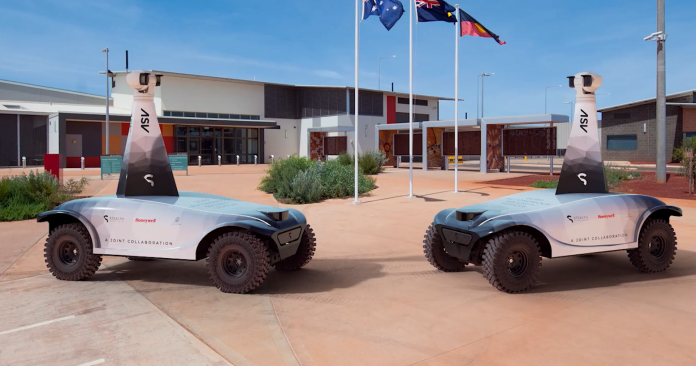 Strategic Elements’ subsidiary ‘Stealth Technologies’ will design and deliver an autonomous drone carrying vehicle that automates detection and sensing of chemical, biological, radiological and nuclear agents and can navigate itself through an environment using Stealth Autodrive Hardware.

The Company will collaborate with Defence Science Technology Group (DSTG) – part of the Australian Department of Defence – and the University of Western Australia to build the autonomous solution which will carry drones and sensors into a target environment keeping humans at a safe distance.

The Western Australian Defence Science Centre (DSC) has agreed to part fund the collaborative project, which will also investigate advanced manufacturing capabilities and facilities for production in Western Australia and will culminate with a live demonstration of the Autonomous CBRN Vehicle to Defence.

The CBRN collaboration will leverage existing IP, and collaborative work conducted with organisations such as Honeywell, WA Department of Justice, UWA, CSIRO and Planck AeroSystems.

“The Autonomous CBRN Vehicle has the ability to mitigate certain risks that our Australian Defence personnel face in CBRN environments whilst increasing the efficiency and accuracy of CBRN detection and sensing,” Mr Murphy continued.

“I am proud of our Stealth team, the AxV Autonomous Platform is gaining significant credibility and trust amongst some very serious players looking for autonomous solutions.

“We see significant commercial opportunities to build its value across multiple sectors such as security, defence, mining and logistics.”