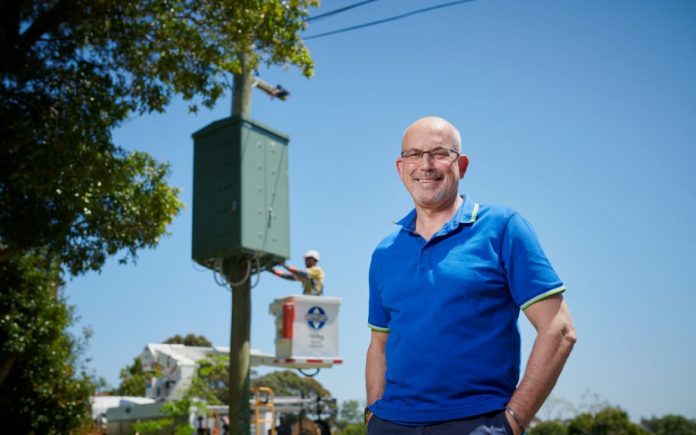 Victorian energy distributor United Energy has secured $4 million in funding from the Australian Renewable Energy Agency (ARENA) to trial the use of pole-mounted batteries across its distribution network in Melbourne’s east, south east and the Mornington Peninsula over the next 18 month.

“A community battery is a way of storing energy that can then be used locally when it is needed,” Mr Clarke continued.

“It is a great way of ensuring solar PV exports from homes in the community are consumed locally.

“From a network perspective, it also helps defer traditional investment so can save money for customers on future network tariffs.”

When complete, the fleet of batteries will be able to store the electricity needed to support 3,000 homes.

The batteries will charge at times of the day when there is low electricity demand or when local rooftop solar systems are exporting into the network.

Power from the batteries can then be used later in the day when demand is high and solar systems are no longer generating.

ARENA CEO Darren Miller said the project builds on the agency’s previous work to integrate renewables into the electricity system including VPP trials with Tesla, AGL and Simply Energy.

“United Energy’s world-first pole-mounted technology could change the way renewables are integrated into the system.

“When connected near customers, distribution connected batteries have enormous potential to facilitate higher levels of rooftop solar while keeping costs under control for all customers.”

Boost for regional manufacturing as Orica and Thales team up