Orica announced today that it is to acquire Exsa, Peru’s leading manufacturer and distributor of industrial explosives.

The acquisition will establish Orica as the number one player in Latin America’s highest growth market and create a step-change in Orica’s manufacturing footprint, driving competitive advantage and an enhanced position in the Latin American market.

As part of the deal Orica will integrate into its global manufacturing footprint Exsa’s new, state of the art Initiating Systems (IS) manufacturing facility. By utilising latent capacity, Orica will be able to significantly increase production, transforming IS manufacturing capability with potential to serve demand right across the Americas.

The acquisition price of ~A$302 million on a debt free, cash free basis represents an expected acquisition multiple of 7.0x FY19 EBITDA post-synergies which are expected to be achieved by the third full year of ownership and 13.9x FY19 EBITDA pre-synergies.

The acquisition will be cash funded through a capital raising. This will also provide funds to give greater balance sheet flexibility to support investment in Orica’s core capital initiatives and growth engines.

Orica Managing Director and CEO Alberto Calderon said: “We are very pleased to announce the acquisition of Exsa, which will immediately establish Orica as the number one player in Peru, Latin America’s highest growth market, and transform Orica’s entire Initiating System footprint.

“Exsa’s world class Initiating Systems facility integrates the manufacture of almost every component of a detonator on site, providing meaningful and tangible synergies upon integration into the Orica network, with the ability to take advantage of significantly under-utilised manufacturing capabilities.

“The deal also increases our exposure to copper and gold, and presents significant cross selling opportunities for us to introduce Orica’s technology, products and services to Exsa’s broad customer base.

“The acquisition of Exsa perfectly complements our existing Latin American operations, where we already have a strong footprint.

“In addition to facilitating this acquisition, the capital raising will provide Orica with greater balance sheet flexibility to continue to invest in core capital initiatives and growth engines,” Mr Calderon said. 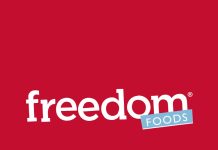 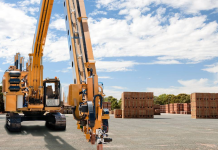