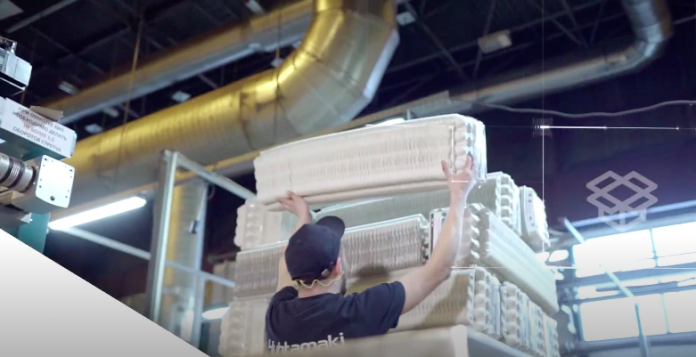 Huhtamaki, the company responsible for 70 per cent of the nation’s egg packaging, is facing serious industrial disruption at its Preston factory in Melbourne owing to the collapse of enterprise agreement negotiations with the CFMMEU.

In a media release from the company, Huhtamaki is extremely concerned about the impact the industrial disruption will have on the supply of egg cartons to its customers and, in turn, on the supply of eggs to families and businesses around Australia.

According to the statement, the action is set to disrupt the daily packaging of 7.5 million eggs across Australia, while also disrupting egg supplies into supermarkets and cafes.

With the ongoing effects of COVID-19 on international supply chains, Huhtamaki has stepped up and is currently supplying roughly 90 per cent of Australia’s egg cartons.

According to the statement, the CFMMEU has given notice of rolling stoppages in the Preston factory commencing Friday. CFMMEU is demanding a four per cent pay rise, while Huhtamaki is offering a 2.6 per cent per year increase over the next three years back paid to the beginning of the year.

A protection action ballot was lodged with the Fair Work Commission on 16 October 2020, with a majority of voters in favour for the actions detailed in the ballot.

“We recognise our employees’ right to bargain collectively and have continued to work in good faith with the CFMMEU for more than eight months in the hopes of reaching a mutually satisfactory outcome for both parties. Regrettably, we’ve had no success. We urge the Union to work with us to resolve this before any more undue harm is caused to Australian businesses and farmers,” said General Manager, Huhtamaki Fiber Packaging Oceania, John Sartori.

$3.9bn investment for 170 new trains in Victoria – if the Coalition Government is...