Premier Annastacia Palaszczuk has today signed a Memorandum of Understanding with Rheinmetall Defence Australia reconfirming a long-term partnership that is now firmly focused on attracting to Queensland the LAND 400 Phase 3 contract valued at up to $27 billion.

The Premier said Rheinmetall has the full support of the Queensland Government in landing the Phase 3 contract that will deliver 450 infantry fighting vehicles (IFVs) for the Australian Army.

“Rheinmetall estimates the Phase 3 project could create an additional 500 jobs in addition to the 450 highly skilled positions being brought to Queensland through their Phase 2 win,” the Premier said.

“I have brought my entire Cabinet here today to familiarise them on the capabilities of this world-class facility that has categorically boosted Queensland’s defence manufacturing firepower.

“Rheinmetall’s new Military Vehicle Centre of Excellence (MILVEHCOE) here in Redbank is the most advanced military vehicle manufacturing facility in Australia, if not the world, and it would definitely be a compelling consideration in the Commonwealth’s LAND 400 Phase 3 tender evaluation.”

Deputy Premier and Minister for State Development Steven Miles said when the Commonwealth selects its preferred tenderer, Rheinmetall’s MILVEHCOE will be fully operational, fully staffed and will have the necessary supply chains in place delivering on its contracts.

“Rheinmetall’s Lynx IFV is specifically developed to meet the Army’s requirements and the Hungarian Government is already signed up as a customer. This means the Queensland-made vehicle is a strong contender for the contract,” he said.

“The Government’s strong support of this project is part of our economic recovery plan, to support projects and companies like Rheinmetall that create jobs and employ hundreds of Queenslanders.”

Treasurer and Minister for Investment Cameron Dick said when Rheinmetall was selected for the $5.2 billion LAND 400 Phase 2 project, the government immediately began delivering on its commitment to oversee construction of the MILVEHCOE from which Rheinmetall is now delivering the Boxer combat reconnaissance vehicles.

“We used our expertise to deliver the facility on budget and well ahead of schedule, and Rheinmetall has already employed more than 300 people based here in Queensland,” Mr Dick said.

“Should Rheinmetall be successful in its LAND 400 Phase 3 bid, the 450 IFVs will be built right here, and that will provide certainty for the highly skilled workforce and create hundreds more jobs both here at the MILVEHCOE and across the entire supply chain.

“Queensland has the skills base that is supporting a thriving high-tech defence industry ecosystem as well as the expertise behind the largest heavy vehicle manufacturing and sustainment precinct in Australia.

“Put simply, there is no better place to manufacture the vehicles for LAND 400 Phase 3 than Queensland and Rheinmetall presents the lowest risk to the Commonwealth in what is a very significant Defence procurement.”

“Every Rheinmetall employee understands that equipping the ADF with the most advanced combat and logistics capabilities is our primary objective,” Mr Stewart said.

“It is what drives us and why we partnered with the Queensland Government to establish MILVEHCOE as a sovereign industrial manufacturing base for Australia.

“Rheinmetall is also recruiting and skilling as we move into the commissioning phase of the MILVEHCOE. Queenslanders are living in Germany designing and building Boxer vehicles so they can step into senior roles on their return to Brisbane over the next two years.”

The Premier said Queensland is proud to be Australia’s khaki state.

“We’re at the forefront of the nation’s capabilities across a number of high-tech military platforms, and this facility in particular is now on its way to leading Australia’s advance on global military vehicle markets,” the Premier said.

“The MILVEHCOE will continue to be a major boost to Queensland’s economic growth and is expected to contribute up $1 billion to the state’s economy over the life of the project.

“The state-of-the-art MILVEHCOE will be the beating heart of Australia’s ongoing military vehicle development and will establish a truly sovereign capability.”

Rheinmetall also has a Memorandum of Understanding with TAFE Queensland which is delivering a full range of skills development programs to suit Rheinmetall’s current and future needs.

A version of this story first appeared in The Queensland Cabinet and Ministerial Directory.
Source: https://statements.qld.gov.au/statements/91473 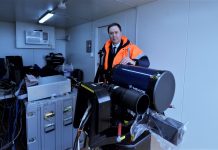 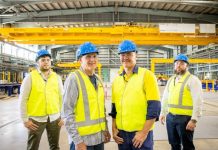