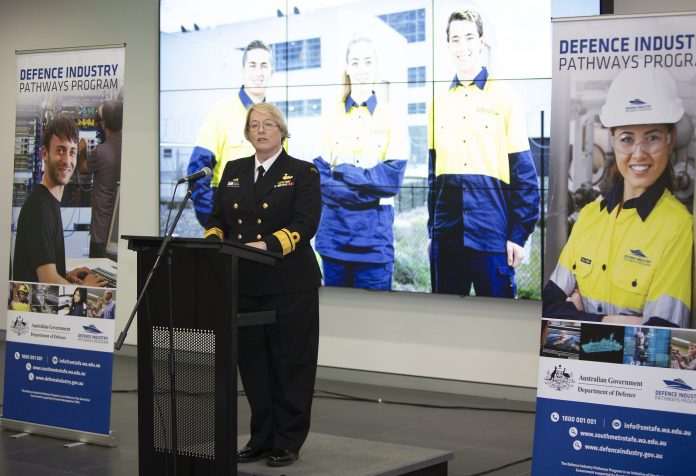 Minister for Defence Industry Melissa Price said the pilot program will support 120 students by mid-2022, with the Australian Government to contribute almost $45,000 per trainee to fund their wages, on-costs and uniform, including safety footwear.

“This program is designed to build a pipeline of talent that is ready to be part of Australia’s booming shipbuilding industry,” Minister Price said.

“With the increasing demand for workers in the shipbuilding industry in Western Australia, the maritime defence industry needs to grow its workforce.

“We must attract and retain the next generation of designers, engineers, scientists and technical tradespeople to our industry. We need our young people to know that there are diverse, valuable and exciting careers to be found in the defence industry.”

According to the Government’s statement, the Defence Industry Pathways Program is open to WA’s school leavers who have completed Year 12.

While the pilot will take place in and around the Australian Marine Complex in Henderson, it could be adapted for implementation in other Defence industry sites across Australia.

“The program will provide funding for the trainee’s pay, work attire and a Certificate III in Defence Industry Pathways,” Minister Price continued.

“South Metro TAFE is providing trainees with on-campus study to undertake the academic modules of the traineeship.”

UWS forum to discuss the future of Western Sydney manufacturing