The May 2014 national Clarius Skills Indicator, which is the only measure of supply and demand of skilled labour in Australia, based on ABS, Department of Employment and Clarius employment data, was released last week, providing a fresh analysis on the jobs market.

According to the news release by SouthTech, an engineering recruitment specialist and a division of the Clarius Group, 2014 has seen an oversupply of engineers (a surplus of 3700 in December 2013 quarter rose to 4100 in the March 2014 quarter), with the glut set to be absorbed by housing and national infrastructure.

A peculiar finding featured in the report is that SouthTech recorded more demand for permanent roles in the first four months of 2014 than in the past two years.

“The investment phase of the mining boom has weakened and the construction sector has yet to fill the gap and we’re clearly seeing the impact on demand for engineers. Generally Australia would have about 300–400 major construction projects on the table at any one time. In the past 12 months there’s been an average decrease of 45% of projects. Renewed optimism and strength in infrastructure and commercial construction is starting to flow through to skills demands and this should kick in further late 2014 and early 2015,” said Paul Barbaro, Executive General Manager of SouthTech.

With the construction sector beginning to bounce back, investment in infrastructure and the housing sector are pinned as one of the key growth drivers for the economy, with the weaker Australian dollar expected to provide further impetus for business to invest in new facilities.

“As the lower dollar takes the pressure off agriculture, manufacturing and education, we should also see business increase its investment in commercial buildings like factories, education facilities and storage and processing facilities, driving demand for engineers,” Mr Barbaro said.

Big-contract-winning larger companies need more permanent staff, rather than short term contractors, which is a major shift from previous years. 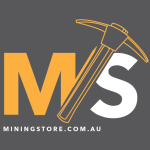