Designed and built in Australia, the prototype Tomcar LV1 has already undergone two years of intense development, with trials of its electric powertrain currently underway in the harshest environments throughout Australia.

According to the company, the vehicle is designed principally for the mining industry and is capable of operating reliably in some of the most challenging environments for sustained periods, with little or no maintenance.

Tomcar Australia’s co-founder and CEO, David Brim, pointed out that over 60% of the car’s components were Australian made. He said the vehicle’s zero emissions and ultra low running costs represented huge safety and environmental savings for the industry.

“We have been working with Energetique on this project for over a year, keeping it secret while creating the world’s toughest EV to be built right here in Australia,” Mr Brim said.

“The entire vehicle is being developed here, including the unique proprietary software and the powertrain system design. This vehicle is a game changer for the Australian automotive manufacturing industry, an industry that has a bright future thanks to Tomcar.”

According to him, full scale production of the zero emissions Tomcar LV1 will commence in November 2016 at the Tomcar facility in Melbourne, with customer deliveries commencing in February 2017. 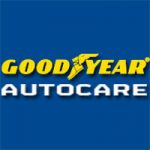