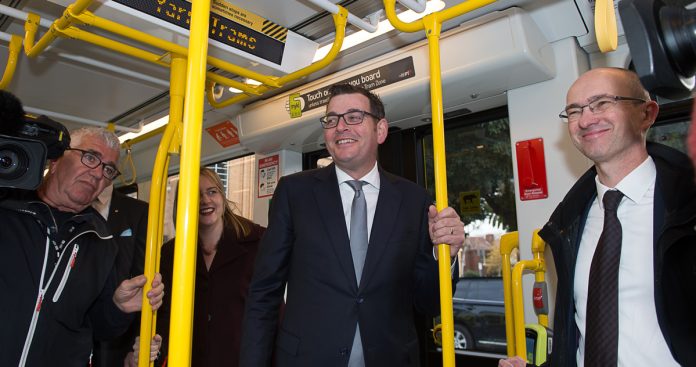 The first of 30 new E-Class trams ordered by the Victorian Government has been deployed on Melbourne’s iconic tram network on Tuesday.

Built by Dandenong train and tram manufacturer Bombardier, the first low-floor E-Class tram has been inspected by Premier Daniel Andrews and Minister for Public Transport Jacinta Allan in Wellington Parade before it enters passenger service later this week.

“The E-Class tram is local manufacturing at its best – and we can take great pride that these locally manufactured trams will move locals and tourists efficiently and comfortably around our city.”

The E-Class trams are capable of carrying more than 200 passengers and feature a new cab design which makes passengers safer including eight extra hand rails and 24 more strap hangers.

“These trams will carry hundreds more passengers around our city and we can be proud they’re designed and built in Victoria,” she added.