The aim of the Monash Smart Energy City project is to demonstrate how a 100 per cent renewable electricity system can operate reliably and is the first step of Monash’s journey to becoming 100% green, running solely and entirely on renewables.

“The project will use Monash University as a ‘living laboratory’ that will help universities form their own microgrids and take control of their energy usage. Universities use a significant amount of power during the day, Indra and Monash have offered a solution that can reduce peak demand and place the education sector on a path towards renewables,” said ARENA CFO Ian Kay in a media release.

“We are pleased to be a key technology partner in this leading initiative in which Indra’s intelligence leverages edge computing using both centralised and distributed components to monitor and control distributed grid elements in real-time. It will allow Monash to control and optimise when and how energy is used across the campus,” added Indra Australia’s Energy Solutions Manager Giovanni Polizzi.

“The microgrid will enable us to demonstrate how smart control of our distributed energy resources can enable this whilst providing benefits to our customers on campus and the broader energy network,” said Mr Ferraro.

According to the official website, the microgrid will receive and store energy from various renewable energy sources and will also help stabilise the wider Melbourne grid, making it more resilient. 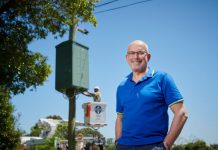