The head of the Australian Food and Grocery Council says the Labor Government is making a late run at food manufacturing, but nonetheless welcomes the attention that the food industry has been receiving from Kevin Rudd and his team.

Terry O’Brien, who also heads Simplot’s vegetable processing, says Labor has moved into gear and has realized the extent to which manufacturing is hurting in Australia.

“We’ve been pretty pleased with the amount of attention that food manufacturing has received in the last few months,” he said in an interview with ABC News.

When asked how important money is versus a long-term manufacturing strategy, Mr. O’Brien says money is important, but it is also important to remember not to take it as a band-aid because in a few years the industry could be back where it started.

“From Simplot’s perspective we put forward to the Government a comprehensive capital expenditure program which totalled up around to $75 million and we felt that that’s what we need to spend in our two vegetable plants in Australia to modernize and mainly get the infrastructure of those plants up to the standard required,” Mr. O’Brien shared.

However while O’Brien welcomes the funding, he says Labor spent its early years in the Government ignoring the issues facing manufacturers, with the exception of Innovation Minister Kim Carr.

“Kim Carr, when he was Industry Minister, he was certainly working pretty hard to find things that would help the Australian manufacturers in the face of the high dollar and escalating costs,” he said.

“But in general, the Labor Party was more inclined to leave status quo and if anything support the unions, making it a little more difficult.” 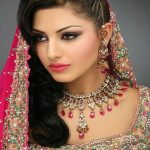