Australia’s favourite biscuit maker, Arnott’s will be reducing its workforce at its Marleston site in Adelaide, as it increases capacity at its other sites.

According to ABC News, the positions will be moved to the biscuit-maker’s production sites in Brisbane and Sydney, which have the capacity to absorb the production cuts.

The company, which has spent $150 million upgrading its Australian sites in the past five years, has created two ‘super sites’ in Sydney and Brisbane.

He added the Marleston site will still have a specialist role in producing more intricate varieties of biscuits such as Iced Vo Vos and Venetian biscuits.

“To remain competitive in a global market, we need to embrace improved technology and asset utilisation. Arnott’s is committed to supporting our team during these changes. That will include offering outplacement support such as career counselling, resume preparation and interview coaching”

The Adelaide positions will be cut over the next 18 months. 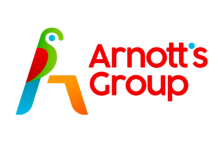 Arnott’s eyes 2025 National Packaging Targets, with a plan to transform its packaging