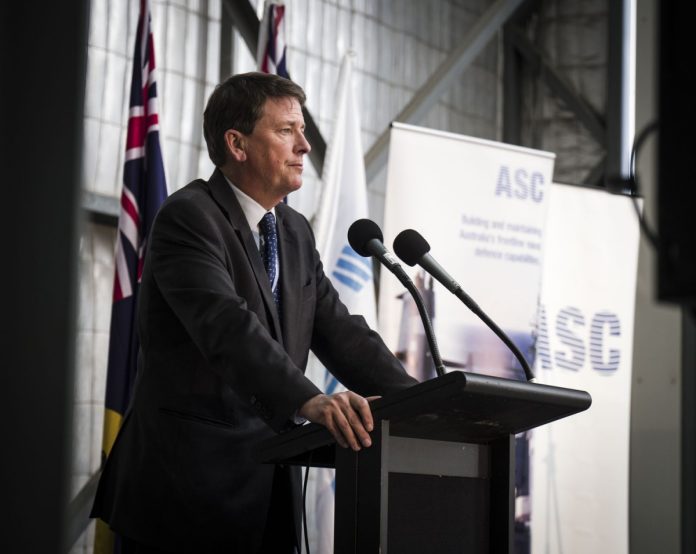 ASC said the upgrade was part of its continuous improvement of the maintenance of Australia’s Collins Class submarine fleet, as part of the Submarine Enterprise, which has achieved international benchmark performance this year.

“It is an exciting development that comes at a time of significant investment and commitment to growing Australia’s future submarine capability by the Federal Government. ASC looks forward to being a key part of delivering that capability growth.”

Mr Whiley said the company’s vast experience in building and sustaining Collins Class submarines in Australia, made it a critical capability partner in Australia in coming years to meet increased submarine capability requirements, including the maintenance, upgrade and life-of-type extension of the Collins Class fleet as well as assisting in the delivery of the Future Submarine (FSM) program.

“ASC’s successful innovation and transformation of deep maintenance in South Australia led to the adoption of similar reforms at ASC West, which will lead to further productivity improvements in our submarine operations,” Mr Whiley continued.

“The more time workers can spend working on submarines means more efficient, cost-effective and productive submarine maintenance, and ultimately greater submarine availability and reliability for the Royal Australian Navy. This project is demonstration of our commitment to Australia’s naval defence capabilities, now and into the future.”

Australia’s food and beverage manufacturing industry to gather under one roof at FoodTech Qld...