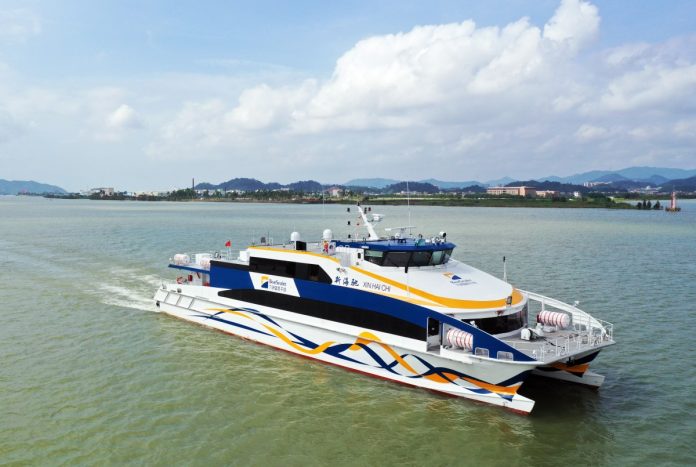 Named “Xin Hai Chi”, the new 42 metre, high-speed ferry was constructed at Aulong’s shipyard in Zhongshan City. It has a capacity for 272 passengers over two decks, and will operate in the waters of the Dawan District between Guangdong, Hong Kong, and Macau.

Austal Chief Executive Officer David Singleton noted that “Xin Hai Chi” was the third ship to be designed and constructed for Blue Sea Jet since 2016.

“Our congratulations to Blue Sea Jet on this latest addition to their growing, impressive fleet.”

The Aulong Shipbuilding joint venture was established in June 2016 with the aim of pursuing commercial passenger and non-military vessel opportunities in mainland China.

Austal (with 40% ownership) has licensed a number of its proven, commercial aluminium vessel designs for marketing throughout mainland China and construction at Jianglong Shipbuilding’s established facilities in Guangdong province.