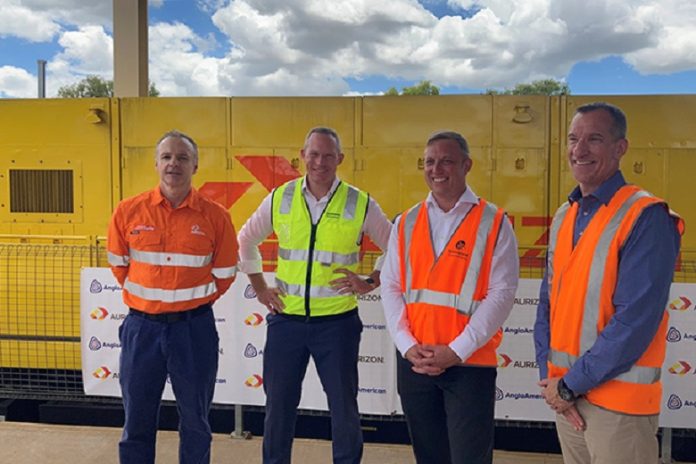 The two companies have agreed to undertake a Feasibility Study to see if Anglo American’s unique hydrogen fuel cell and battery hybrid power units can be used in large haul freight rail operations.

“The announcement is more proof that Queensland is committed to capturing every section of the renewable energy value chain.”

As part of its commitment to become carbon neutral by 2040, Anglo American is developing green hydrogen solutions for its ultra-class 290 tonne payload mine haul trucking fleet.

Aurizon, which aims to reach net zero operational emissions by 2050, has also commenced research & development for battery-powered trains with a number of industry parties and Australian universities.

Tony O’Neill, Technical Director of Anglo American, said the agreement with Aurizon marked the first time the company’s hydrogen power technology could be tested beyond the existing mine haul truck program.

“Displacing our use of diesel is critical to eliminating emissions at our sites and along our value chain,” Mr O’Neill stated.

“We believe that our innovative hydrogen-led technology provides a versatile solution, whether for trucks or trains or other forms of heavy duty transport.

“This is especially true for bulk products underpinning the Australian economy including minerals, agricultural products and fertilisers, industrials and general freight,” he concluded.

If the Feasibility Study is successful, the two firms’ agreement could be extended to more phases of collaboration, such as detailed engineering and the production of a hydrogen-fueled heavy haul locomotive prototype.