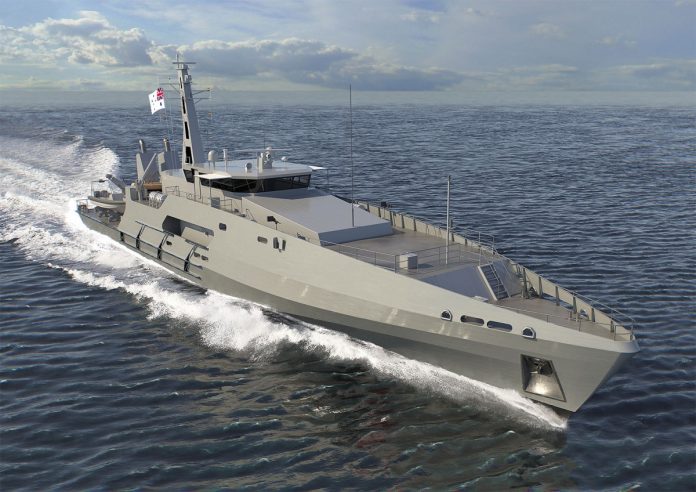 Austal Australia has ‘cut metal’ on the third of six new Cape-class patrol boats to be constructed for the Royal Australian Navy (RAN) as part of a A$324 million contract announced on 1 May 2020.

Austal CEO David Singleton said the plate-cutting marked the start of construction of Hull 813 at the company’s Henderson shipyard in Western Australia, which now has five Cape-class Patrol Boats in various stages of production, for export and local customers.

“This third Cape for the Royal Australian Navy adds to the two already under construction by our experienced team of shipbuilders. Lined up prior to those, we have two more Capes for the Trinidad and Tobago Coast Guard, which are on track for delivery in the first half of 2021,” Mr Singleton said.

“It’s great to see the shipyard bustling with work, on both local and export defence contracts that are helping to build Australia’s sovereign shipbuilding capability.

“We’re very proud of the demonstrated capability and productivity of our Australian operations to manage multiple projects – supported on every vessel by our proven Australian supply chain.”

The new RAN Capes is based on Austal’s 58-metre aluminium monohull patrol boat design and features a number of enhancements that further extend the capability of the vessel and the fleet.

Austal said crew accommodation has been increased by 10 people to a total of 32. According to the shipbuilder, the ‘quality-of-life’ provisions have also been enhanced, ensuring those who operate the new Capes have WIFI connectivity to the outside world regardless of the operating environment.

Delivery of the first of six Capes, Hull 811, is scheduled in September 2021, with the remaining vessels to be delivered through to mid-2023.

Røde Microphones founder named member of the Order of Australia