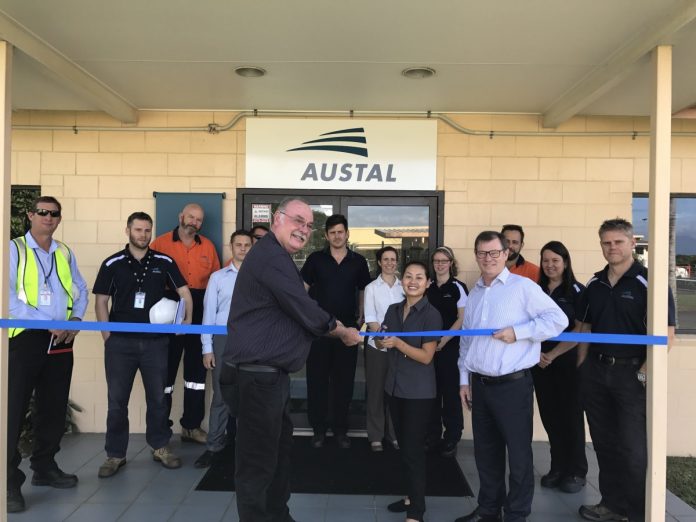 West Australian ship builder Austal has expanded its national footprint with the opening of a vessel sustainment office in Cairns, Queensland.

The facility, which will employ nearly 30 people, will support the Cape-class fleet and the future Pacific Patrol Boats (PPB) that are currently under construction at the company’s shipyard in Henderson, Western Australia.

“Austal is Australia’s largest defence exporter and we are continuing to grow our operations in Australia and overseas,” Mr Thomas said.

“Cairns and Darwin are the two most important naval bases in northern Australia. They provide essential sustainment support for Australia’s naval maritime requirements, including support for the Offshore Patrol Vessels in the future. Given our sustainment program on the Cape Class fleet and upcoming work on the PPB support, it makes sense that Austal establish a more prominent and permanent base in Cairns.”

Mr Thomas, who was in Cairns to meet with staff and to host supplier engagement forums for the company’s bid for the $3 billion Offshore Patrol Vessel (OPV) program, said Austal’s skilled local team will provide the highest quality service to the RAN, the Australian Border Force and eventually the 12 Pacific Island nations who will use the PPB fleet.

“As the last of ten Cape Class Patrol Boats have been delivered and we are underway on constructing the first of the Pacific Patrol Boats, it is important that we continue to build our team and our local supply chain here in Cairns now,” he continued.