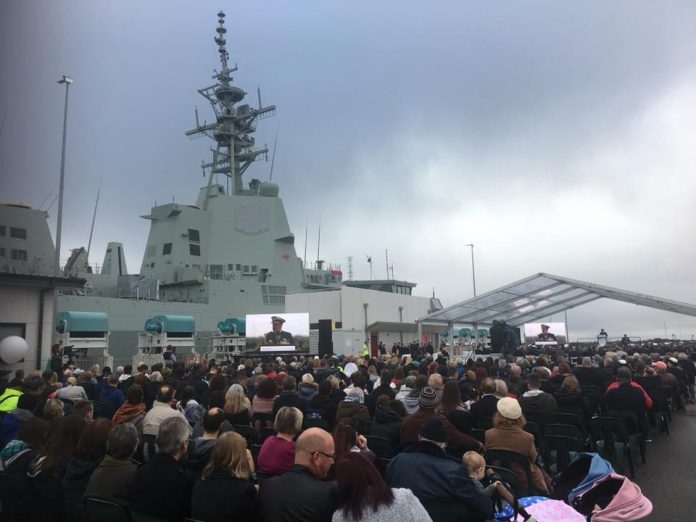 Built under an Alliance contract arrangement between the Commonwealth of Australia, ASC and Raytheon Australia, the Sydney will now undergo further outfitting and sea trials before entering service in late 2019.

“It’s difficult to imagine just ten years ago, this shipyard at Osborne was a brownfield site with no infrastructure.”

“Since then more than 5,000 people have worked directly on the AWD Program to build and integrate three of the most capable and potent warships the Navy has ever possessed.”

“This is underpinned by the 1,500 suppliers who have supported the AWD Alliance in its efforts to exceed Australian Industry Capability targets for the overall Program.”

The Sydney has been delivered with a 60% productivity improvement from the HMAS Hobart, which was commissioned in September last year. The second destroyer, HMAS Brisbane, was launched in 2016 and is expected to be delivered to the navy in the coming months.

As the most potent warships Australia has ever possessed, all three destroyers feature an advanced anti-submarine warfare capability, state-of-the-art radar technology and an air defence system capable of engaging enemy aircraft and missiles at an extended range,” Mr Bourke added.

Raytheon Australia Managing Director Michael Ward said the company had worked closely with the Commonwealth to architect, design, test and integrate Australia’s most advanced and complex combat system on time and on budget.

“The AWD combat system integration activities represent some of the most advanced and complex engineering and project management skills in this country,” Mr Ward continued.

“Not only have we performed admirably on this project but we have built for Australia a national asset in combat system integration.”