The manufacturing sector continues its expansion as the Australian Industry Group’s Australian Performance of Manufacturing Index (Australian PMI®) rose by 2.0 points to 53.5 in July, landing in positive territory for two consecutive months for the first time since October 2019.

Ai Group Chief Executive Innes Willox said: “With the encouraging lift in July, Australian manufacturing has expanded for two consecutive months for the first time since October 2019. Despite the improvement, weak spots persist. July’s expansion was driven by the two largest manufacturing sectors: the food & beverage and machinery & equipment sectors.”

“All other sectors are reporting difficult trading conditions due to the impact of COVID-19 and the underlying weakness of residential construction. Manufacturing employment, production and new orders were all higher than in June although the pace of improvement in new orders slowed over the month. Unfortunately, exports were again weaker in July. The performance of the sector was in part due to stimulus measures including JobKeeper and the extension of the instant asset write-off arrangements which boosted sales and orders in the machinery & equipment sector.”

“Against the positive signs from the manufacturing sector, the winding down of stimulus from September, the impact of the Melbourne lockdown and the severity of the outbreak, as well as tougher border restrictions are likely to weigh on the sector in coming months,” Mr Willox said in a statement.

According to the report, four of the six manufacturing sectors in the Australian PMI® contracted in July (trend). Only the large food & beverage and machinery & equipment sectors indicated expanding conditions. Respondents across all manufacturing sectors noted increased interest in locally made manufactured goods. In contrast, manufacturers who supply locally made metal products and building materials to the construction industry continue to report a sharp reduction in new orders.

Six of the seven activity indices have also expanded including employment, an improvement from the previous month’s level. While the export index contracted indicating a decline in manufacturing exports, the production, supplier deliveries and finished stocks indices expanded and at a faster rate than June. New orders also expanded but at a slower pace than last month. 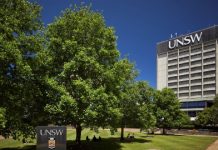 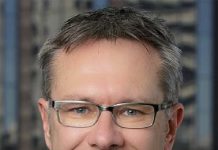