Funding will boost the workforce behind the development of the world’s first commercial space station.

The new financing will support development works for the world’s first commercial space station, which the Houston-based company oversees.

“This highly successful round is a pivotal moment for on-orbit commerce and its implications for our civilization’s potential are far-reaching,” said Kam Ghaffarian, Axiom Space Co-Founder & Executive Chairman.

Axiom’s station will serve as a commercial laboratory for microgravity experiments and critical space-environment materials testing, while also being functioning as a residential infrastructure for both private and professional astronauts.

In January 2020, Nasa selected Axiom to attach the privately developed space station module to the International Space Station by 2024.

Axiom unveiled its first-ever private astronaut ISS crew in January 2021. The crew of Axiom Mission 1 (Ax-1) will take-off no earlier than January 2022, and will promote philanthropic endeavours and conduct scientific research on behalf of organizations they support.

“Axiom Space is a force in the space sector, and it will become a centerpiece of the C5 Capital portfolio and enhance our vision for a secure global future,” said C5 operating partnering and future member of the Axiom Board of Directors Rob Meyerson.

“The Axiom Station will be the infrastructure upon which we will build many new businesses in space, and it will serve as the foundation for future exploration missions to the Moon, Mars, and beyond.”

Commenting on the funding, Axiom Space President and CEO Michael Suffredini stated: “The next steps off the planet are a pivotal – and essential – moment for the species. As we create foundational infrastructure in space, we are excited to embark on these strategic partnerships.” 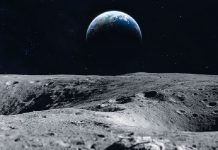 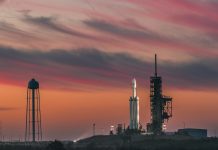 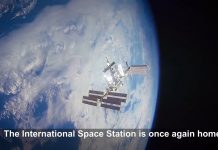