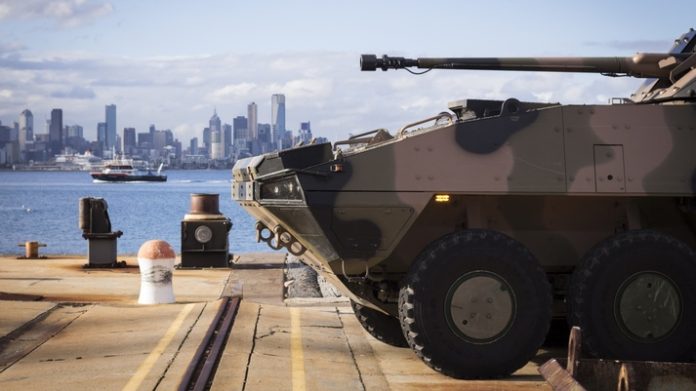 BAE Systems has confirmed that it will build a state-of-the-art defence hub at Holden’s Fishermans Bend factory in Melbourne where it plans to manufacture the Australian Army’s Armed Combat Reconnaissance vehicles.

The company – which is one of two short-listed bidders to produce the Land 400 AMV35 military vehicles – said the centre will be ‘the most diverse defence hub of its type’ that will also house a ‘globally competitive’ aerospace business that develops leading edge autonomous systems, electronic warfare, hypersonics and weapons technology including the nation’s most defence successful defence export, Nulka.

According to BAE, the hub will provide employment for more than 200 during the build phase of the LAND 400 program and will also enable up to 1000 engineers and highly skilled technicians to design, develop, deliver and maintain new defence platforms and systems for the ADF.

“BAE Systems operates Australia’s largest naval sustainment business maintaining and upgrading Royal Australian Navy ships and much of this work will now be conducted at Fishermans Bend,” the company said in a statement.

“More than 200 engineers and specialist employees will be based at the new site supporting Royal Australian naval ships across Australia. This centre of excellence for Maritime engineering capability will support Australia’s national shipbuilding strategy, including the design, build and sustainment of Australia’s Future Frigates.”

“I am delighted that we can be part of Victoria’s ambition to develop a defence industry that is globally focused, supporting the transition to a stronger and more diversified economy that will benefit all Australians.”